Erin Barrett might have wanted to reach a lot of women with her eye-opening Facebook post, but it’s doubtful that she ever thought it would go viral – at least not to the extent it has. Her goal was to share the signs and symptoms of ovarian cancer with 580 women. By doing so, statistically, she could help save as many as 10 women’s lives. 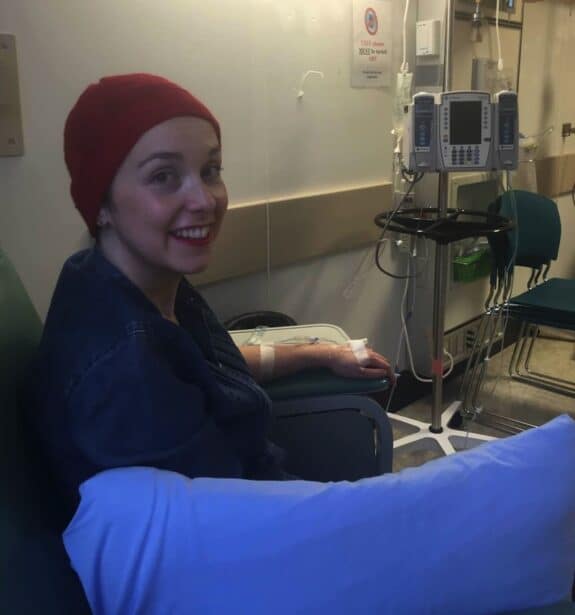 Maybe she did it because she felt obligated after her doctor caught the cancer during her pregnancy, in its early stages, where she still has a good chance of survival. Or maybe she did it because she knows, all too well, just how easy it is to miss those signs. And she realizes that she could have become a statistic, just one of the many lives lost to advanced female reproductive cancers.

“They call ovarian cancer the silent killer. This is because the symptoms are so subtle that it is often caught too late. Currently, the odds of getting ovarian cancer are 1 in 58 (compared to 1 in 7 for breast cancer),” Erin said in her Facebook post, which has now been shared over 300,000 times.

I want the next ten women who are diagnosed with ovarian cancer to be diagnosed early. This means I need your help in telling 580 women about the symptoms.”

She goes on to ask everyone to take the time to speak to women they know and love about the symptoms, which include:

The response to Erin’s post has been overwhelming, and its risen awareness, not just locally, but around the world. She is also being credited for saving the lives of several women with similar types of cancer.

Debbie Pitblado, from Milton, Ontario had gone to see her doctor about some troubling symptoms after seeing Erin’s Facebook post on her niece’s page. Doctors later diagnosed her with uterine cancer.

“The tumor was about 13 cm, and, you know, I’m so glad I saw Erin’s post when I saw it because it was already starting to cause some complications,” Pitblado told CTV News.

Rachel Austin, from England, was diagnosed with ovarian cancer after a similar experience.

“I saw Erin’s post on Facebook and it just hit a real nerve with me,” Austin told CTV News. “I just feel so, so lucky because had I not seen that post until things had got more severe and I don’t know where I could have been by then.”

And at least three other women have shared similar stories with Erin herself. Shocked, but hopefully feeling like she’s far exceeded her goal, Erin says she can hardly believe the impact that her simple post has had on the world.

“It’s really hard to wrap your head around that an action so small, writing a post, could end up impacting five people’s lives that way,” said Barrett. “It’s so much more than I ever had hoped for.”