Parents who have been waiting for the 4Moms Origami stroller to be available will be happy to know that not only will it ship on January 6th, but right now they are giving one away EVERY DAY until the launch! 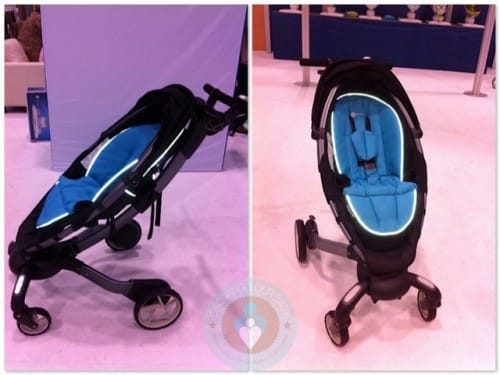 I had the chance to play with the Origami in September at ABC and it is a FABULOUS stroller. This launch has been a long time coming, but the finished product is definitely a work of art. 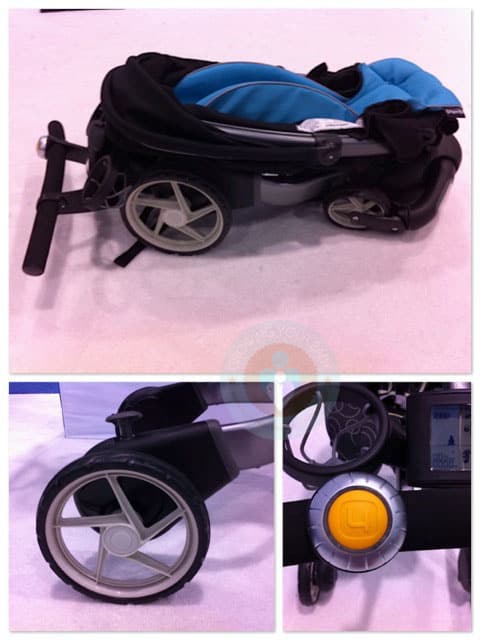 As the first stroller to fold at the push of a button, the Origami offers parents a new level of ease when traveling with their children. A built-in generator in the stroller’s rear wheels charges the stroller as it’s pushed, and also lets parents charge their cell phones. Additionally, the Origami has daytime running lights and pathway lights for safety, four-wheel suspension, and an LCD in its handle bar that displays a thermometer, speedometer, and odometer. Child safety sensors in the seat ensure the stroller won’t fold by accident.

Retailing for $849, the Origami falls into the luxury category. It is, however, the only stroller on the market with a power fold and a digital screen. PLUS! How many strollers will charge your phone? Genius.