Pregnant Kate Mara cradled her belly as she returned to her car with her husband Jamie Bell and their daughter after dinner at Little Dom’s in Los Feliz on August 17th, 2022. 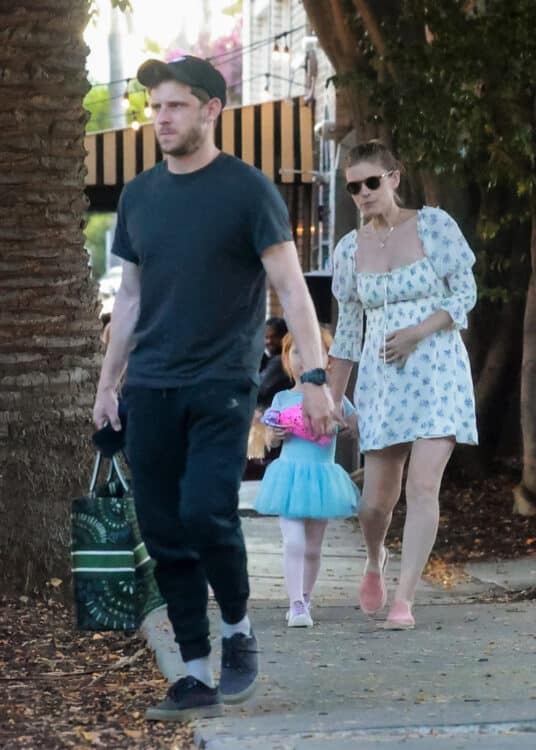 The actress who expects her second child later this year was pretty in a floral patterned Reformation Loulou dress with flats, while her daughter wore a blue tutu. 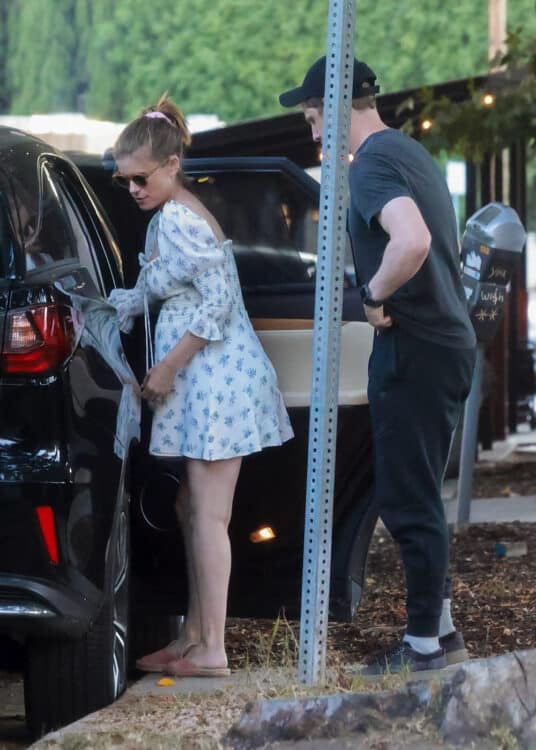 Kate announced baby #2 was on the way with a picture of her a Jamie leaving Claridges and a note that said, ‘There are three of us in this pic.” 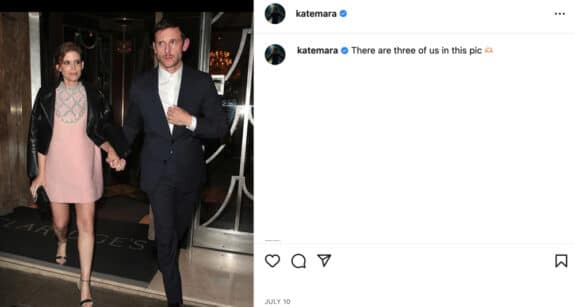 When the baby arrives they will be the second child for the couple and the third for Jamie who is also dad to nine-year-old son Jack with his ex-wife Evan Rachel Wood.