A pregnant Kimberly Stewart was spotted leaving a deli in LA with her mother Alana. 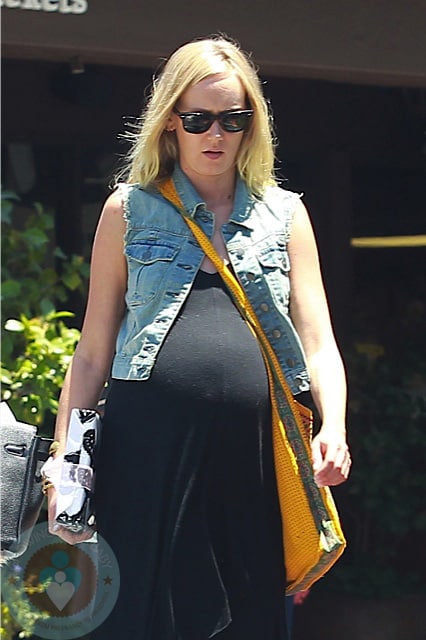 In April it was revealed that Kimberly was expecting her first child with actor Benicio del Toro.

“Kimberly is pregnant. Benicio is the father and is very supportive. Although they are not a couple, they are looking forward to the arrival of the baby.”

While we haven’t seen much of the mom-to-be since April, she looked great in a black jersey dress and gladiator sandals.