With just a couple more weeks to go in her pregnancy Jennifer Nettles showed off her growing belly through a few costume changes at the 2012 Country Christmas Concert on Saturday night. 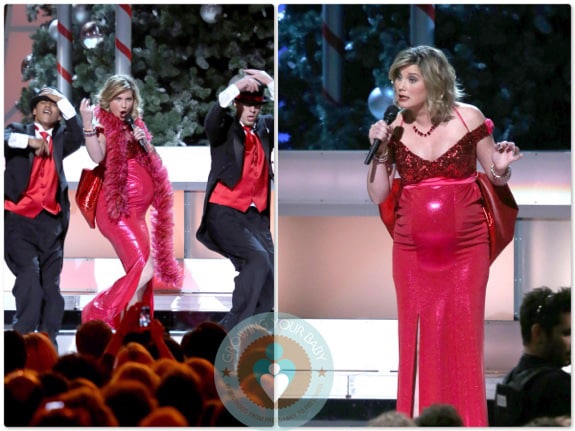 For the third year in a row the Sugarland songstress hosted the event, which will air on December 20th. The concert included performances by Lady Antebellum, Little Big Town, Keith Urban, and the Band Perry.

While dressed in a red sparkly number, the mom-to-be moved around the stage giving us a look at her massive bump.

Doesn’t she look incredible? Thirty-Eight weeks pregnant and not slowing down! 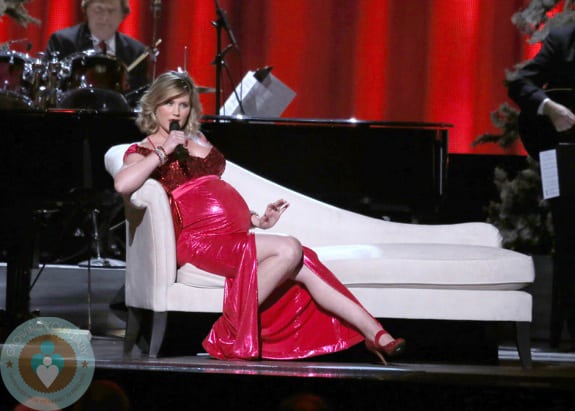 The 38-year-old singer is due to welcome her little one this month. The new baby will be the first child for the singer and her husband Justin Miller.