Lingerie model Adriana Lima has opened up about the pregnancy complications she experienced that led to the premature birth of her daughter Valentina. 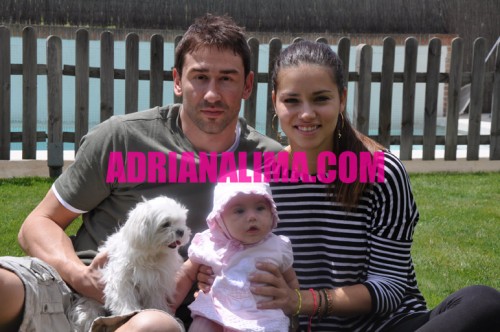 “I wish I had her at home but it wasn’t possible in my case. As a parent you really want to give your best and you don’t want [anything] to happen with the baby, so it was stressful.”

Commenting on his new role as a parent, proud dad Marko said:

“I feel comfortable. It feels so natural. We’re really enjoying it. Everything is falling in the right place.”

The couple was married on Valentine’s Day last year after dating for more than a year.