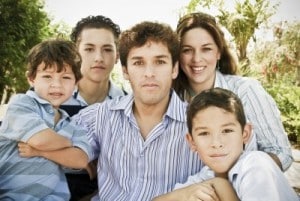 It is estimated that about 730,000 Americans under the age of 21 have autism. Individuals affected may avoid eye contact, experience delayed language skills, have obsessive interests and may even struggle understanding or reacting to their own feelings as well as the feelings of others.

While recent studies have revealed that both genetic and environmental causes could play a part in autism, the exact cause is unknown. This can cause parents of an autistic child apprehensive about having a second child. If no one knows what causes the problem, there is no way to really prevent it.

Since preventing the condition is out, some parents may want to know what the risk would be if they decided to have a second child. There weren’t really any answers to that question either but a recent study published in the August issue of Pediatrics may have changed that.

A research team at the University of California at Davis followed 664 infants that had at least one older sibling with autism. Of the 664 infants, 132 had received an autism diagnosis by the age of three. This is an alarming 19 percent compared to the originally thought 3 to 14 percent.

“We were all a bit surprised and taken aback about how high it is,” Dr. Sally Ozonoff, professor of psychiatry and behavioral sciences at the University and author of the study said.

Of course, all things considered, 19 percent is not a very high statistic when you consider that 80 percent of the infants with autistic siblings did not have autism. This was a point that Ozonoff stressed to parents each well. She also added that the risk could be different for each family due to varying factors.

Parenting a child with autism can be trying, to say the least. It can also be a wonderful way to learn more about the world around you, humanity and yourself as a person. Seeing the world through the eyes of an autistic child can change your whole life. It is a blessing, in and of itself, but to find that blessing, you have to develop patience, compassion and understanding. For this reason, some parents of autism will not be swayed in their decision to have a second child, no matter how high the risk.