Alessandra Ambrosio was spotted out enjoying a sunny stroll with her son Noah and daughter Anja near her home in Santa Monica. 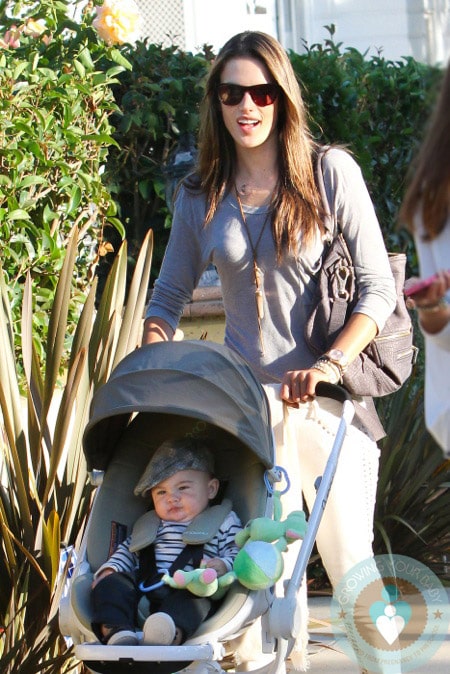 Home only a day or so from Brazil, the model spent some time with her kids before heading back to New York City to prepare for the Victoria’s Secret fashion show which will be filmed on November 7th.  A couple weeks ago it was revealed that Alessandra would be wearing the $2.5 million Fantasy Bra during the show.

During their stroll Noah was cute in a newsboy cap, while surrounded by stuffed animals.  Anja rode her bike along side her mom and the trio headed for ice cream. 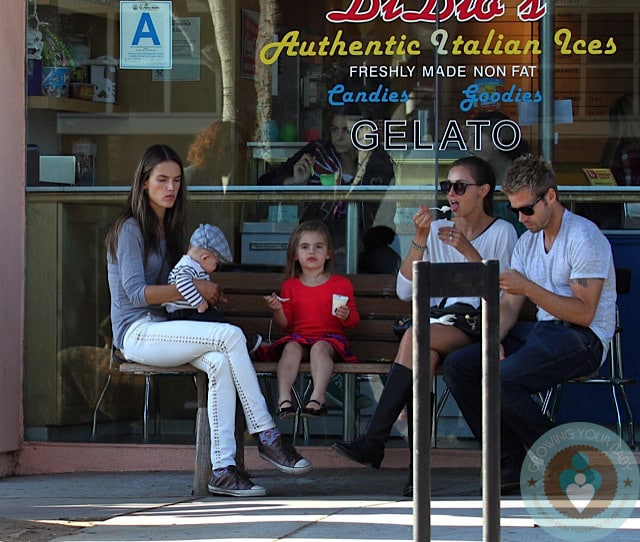