A very pregnant Alicia Keys was beaming last night as she was escorted by her husband Swizz Beatz to her 2010 ‘Keep A Child Alive‘ Black Ball held at the Hammerstein Ballroom in NYC. 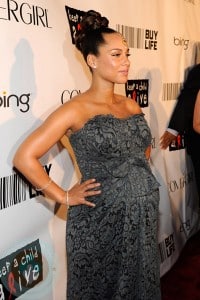 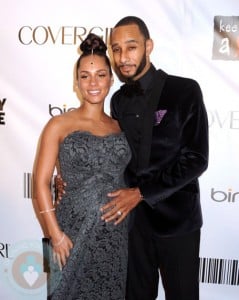 Alicia is the Co-Founder and Global Ambassador for charity that works to provide treatment, love & support to families affected by HIV/AIDS.

Jay-Z and Keys’ husband, Swizz Beatz, performed “On to the Next One,” and Jay later performed “Empire State of Mind.” Monae also hit the stage, as did Keys and Sade, who performed a duet, “Love Is Stronger Than Pride.”

“It’s my heart and soul,” Keys told MTV News about the organization she co-founded. “Since the beginning, we’ve been very driven to do incredible work. I’m proud to show what four to five women who are very dedicated can do.”