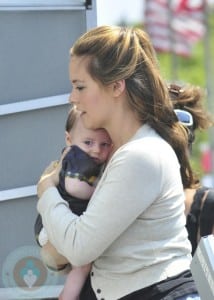 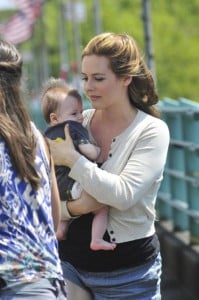 The actress, who is a vegan, recently revealed to British OK! Magazine that she plans to raise her little man as a vegan.

“Bear was grown on vegan food and we’ll continue nourishing him with a healthy diet…He’ll be eating an organic plant-based diet. I intend to take great care of his precious new baby body so I’m committed to giving him nothing but the purest and most healthy food possible. We want to keep his immune system strong so that he’ll be super healthy – which is just one of the many reasons he’ll eat vegan”

When he is older, she concedes, the choice to stay with only plant-based foods will be “up to him”.

“Of course I want him to have a healthy life and be compassionate and sensitive towards the Earth and all living creatures. I’ll just let whatever happens naturally occur.”