Mom-to-be Alyson Hannigan spent a beautiful day with her husband Alexis and daughter Satyana at the Santa Monica Pier on Friday. 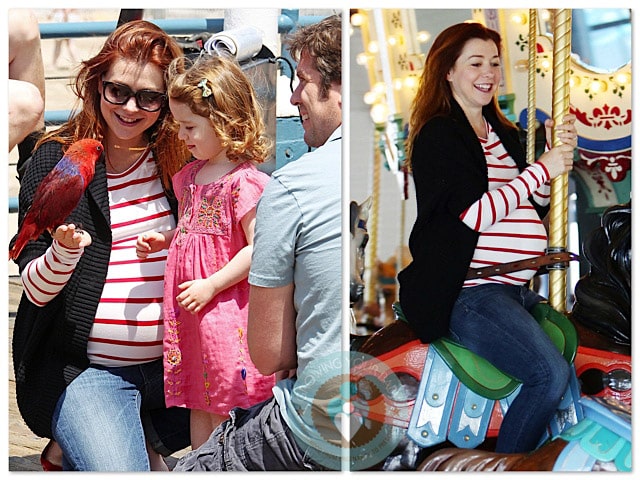 The happy family enjoyed the rides, the beach and even played with a beautiful bird.  The actress, who was cute in Rosie Pope’s Long Sleeve Stripe Sylvie shirt and a black cardigan,  showed her childish side and rode one of the horses on the carousel.  She did however, need to be bucked in – just to be safe.

Not due til June Alyson will deliver her TV baby when How I Met Your Mother‘s season-seven finale airs on May 14.

Fans should expect the arrival of baby Ericksen to be action packed.

“We shot 31 scenes in one day which has to be some sort of Guinness World Record because it just killed us all, ” Alyson recently revealed  “It’s going to be funny…the writers are just hitting it outta the park this year!”