Home » Angelina Jolie Takes The Kids To The Sydney Aquarium

Making most of her time down under, Angelina Jolie was spotted at the Sydney Aquarium with her five youngest children; Pax, 9, Zahara, 8, Shiloh, 7, and twins Vivienne and Knox, 5, on Saturday(September 8). 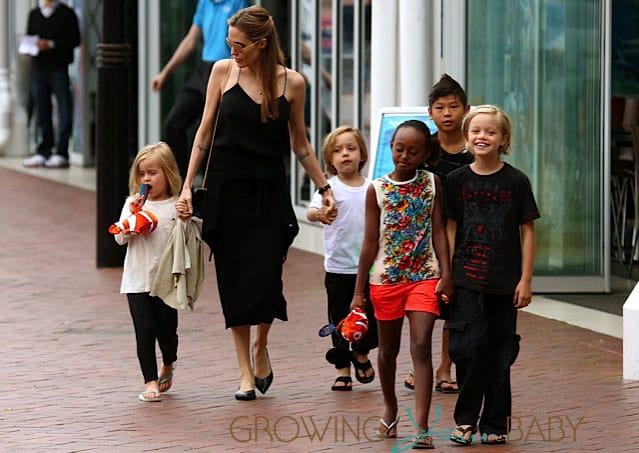 The kids looked happy as they left the aquarium, while holding hands to keep the pack together.

It appears they may have hit the gift shop on the way out! Zahara and Vivienne chose stuffed clown fish, where Knox opted for a green, spikey squishy worm. 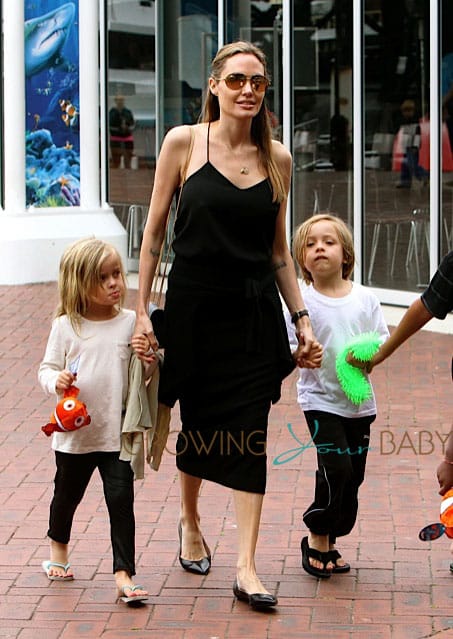 The family arrived in Sydney on Thursday and have been getting acquainted with the city for the last few days. The Jolie-Pitts will live in Australia for the next three months while Angelina directs her new World War II drama Unbroken. Her partner Brad Pitt wasn’t along for the trip. He is currently filming Fury with Shia LaBeouf in London and was also spotted in Toronto this weekend for the Toronto International Film Festival.