Anna Faris and Chris Pratt were photographed leaving for Atlanta out of Los Angeles Airport with their son Jack on Tuesday May 17, 2016. 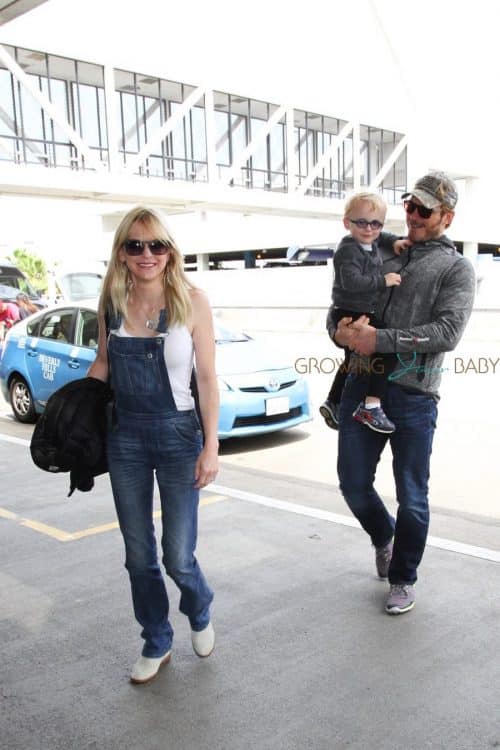 Chris carried his giggly guy like an airplane as they made their way through the terminal. 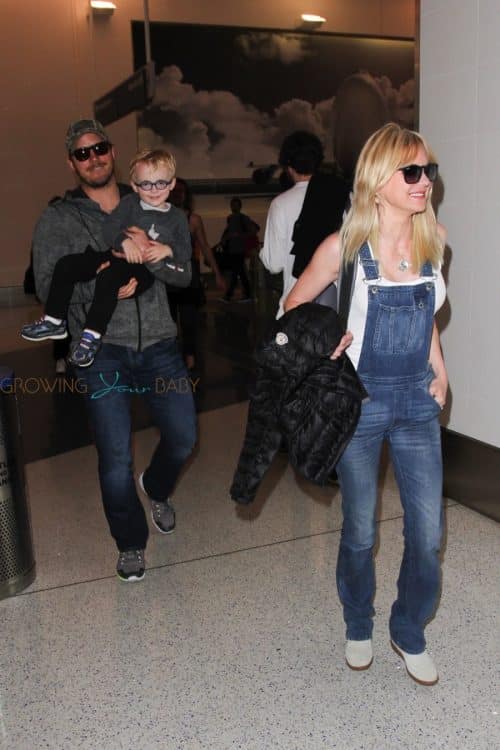 Anna and Jack are headed to Georgia where Chris is filming Guardians of the Galaxy Vol. 2.

The actress is currently off for the Summer while her show ‘Mom’ is on haitus, so it’s the perfect time for them to join him on set!

Chris has been busy filming The Magnificent Seven, Passengers and now the sequel to the box office hit Guardians of the Galaxy. He is also rumored to be signed on for Avengers: Infinity War – Part I and Untitled Jurassic World Sequel.

Someone is a busy guy!