It will be double the fun when Anna Paquin and Stephen Moyer become parents this Fall! It was revealed today that the True Blood star is set to welcome twins. 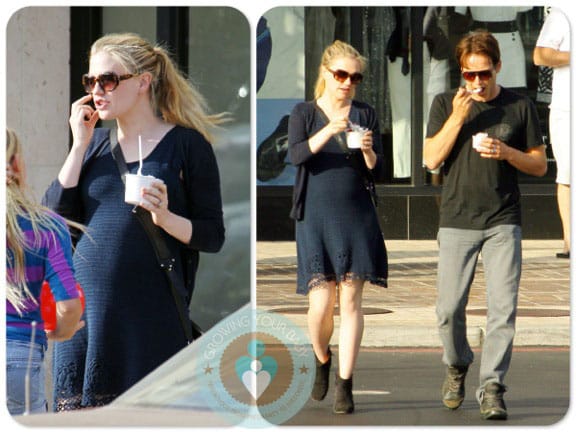 The couple’s co-star Sam Trammell, who is also dad to 11-month-old twins, spilled the big news to USmagazine saying,

“I’m so excited for them. We sent them a special gift. It’s so interesting that True Blood has become, like, the ‘twins’ show.”

“It’s harder, having twins, but it’s all we know. So we’re trying to impart some decent wisdom,” He added. “I told them to hold on tight!”

Stephen, it appears, is up for the challenge. He told Zap2it:

“I love my kids so much. And I think that the fact that Anna is pregnant just adds more crazy to the bundle of fun.”

The babies will be the first children for the couple, but 3rd and 4th for Stephen who is dad to Lilac 10, and Billy, 12, from a previous relationship.