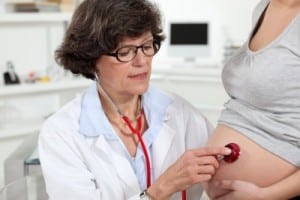 Giving birth can be one of the most beautiful and amazing experiences that a mother will ever have. It can also be one of the scariest. There are so many things that you could worry about: potential complications, pain, if your baby will be okay after the delivery and so, so, so much more. But according to a recent study, it seems that the more you worry, the longer your labor will be.

In their study, researchers from the University of Oslo asked 2,206 women who were 32 weeks pregnant to take a psychological test. This test helped the researchers determine the mother’s level of fear regarding childbirth. Based on the results, they found that 7.5 percent of the women, all of which were first-time mothers, were afraid of child birth.

Afterwards, researchers found that these women, said to suffer from tocophobia  (the fear of giving birth), were found to spend an hour and a half longer in labor than women that did not fear giving birth. The researchers believe that certain factors contribute to the longer labor: a release of adrenaline because of the fear, which stops the muscles in the uterus from contracting properly and problems with communication, which could delay needed assistance. Researchers also found that women who were scared about giving birth were more likely to need an epidural or emergency caesarean.

Lead researcher of the study, Samantha Salvesen Adams of the Health Services Research Center, Akershus University Hospital in Norway says, “Generally, longer labor duration increases the risk of emergency caesarean section. However, it is important to note that a large proportion of women with a fear of childbirth successfully had a vaginal delivery and so elective caesarean delivery should not be routinely recommended.”

John Thorp the International Journal of Obstetrics and Gynecology, where the study was published, said: “This research shows that women with fear of childbirth are more likely to need intervention and this needs to be explored further so that obstetricians and midwives can provide support and advice.”