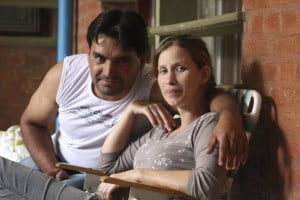 On April 3rd, a mother in Argentina grieved the loss of her infant. She was told that she had delivered a stillborn who displayed no signs of life. Before the grieving mother could see her “deceased” daughter, doctors placed the tiny infant into a small coffin and whisked away to the morgue. The parents, Analia Bouter and Fabian Veron, received the death certificate just 20 minutes after their baby was born. Printed on the certificate was the name Luz Milagros, or “Miracle Light.”

A very sad story indeed. But this story actually did turn into one of “miracles,” confusion and anger when little Luz’s parents finally demanded that they see their daughter 12 hours after her birth and death announcement. Analia wanted to take a picture of her daughter for the funeral.

When they arrived at the morgue, Fabian struggled to pull open the lid. Finally, the coffin opened and he stepped aside so that Analia could see inside and take the picture. What happened next would change everything.

“That might, I went up with my husband to where the coffin was and he opened it up,” said Analia. “I moved the coverings aside and saw the tiny hand, with all five fingers, and I touched her hand and then uncovered her face. That’s where I heard a tiny little cry. I told myself I was imagining it – it was my imagination. And then I stepped back and saw her waking up. It was if she was saying ‘Mama, you came for me!’ That was when I fell to my knees. My husband didn’t know what to do. We were just crying and I laughed and cried, cries and laughter. We must have seemed crazy.”

A morgue worker quickly came over and picked up little Luz and confirmed that she was, in fact, alive. Analia’s brother then grabbed up the infant and ran to the hospital’s neonatal intensive care unit, shouting for help the whole way. He said that the infant was so cold that it was “like carrying a bottle of ice.” 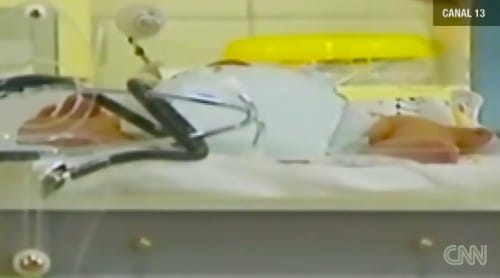 Despite her lack of intensive care right after birth and being left in a morgue refrigerator for 12 hours, little Luz is recovering well. It’s been one week since she was found alive in that little ice box and she hasn’t needed any oxygen or support that other infants born at 26 weeks gestation often need. And while her parents are wonderfully grateful that little Luz is alive and recovering well, saying, “All of this was a miracle from God,” the family is still confused, hurt and angry.

Analia can’t understand why she was given anesthesia during her labor when she had never received such treatment during her four previous births. She is confused as to why the attending physicians took her baby away without letting her see her first. She doesn’t even have a birth certificate for her little miracle; just a death certificate.

While they are currently focused on the recovery of their daughter, the family says that they plan to sue the hospital staff for malpractice. And she wants answers to her questions. Not too much to ask for the horrible scare and great deal of grief they have had to go through.

Local health officials are working to help the parents receive some of those answers with a full-on investigation. Rafael Sabatinelli, the deputy health minister in the northern province of Caco, announced that all five members of the staff involved in the incident have been suspended until the investigation is complete, calling the case “disgraceful.”

“Every member of the team that was involved has some responsibility, so they will have to answer for this,” Sabatinelli told the local media.

We’ve shared many miraculous baby stories over the years, but none quite like this one: an infant, announced as a stillborn just moments after birth, was found alive in the morgue by her parents. What’s even more amazing is the fact that this little girl was born at 26 weeks gestation weighing 1lb 12ozs.  Most infants born this early need extensive neonatal care, yet this little fighter survived without that care, and she was kept in an icy cold box for more than 12 hours. Her ability to fight and survive is nothing short of amazing.

We’re very happy for the parents and are amazed at the wonderful progress little Luz is making. May she continue to be the little miracle that surprises everyone for years to come.