American parents aren’t exactly strangers to the many ways parenting is made more difficult by certain companies, organizations, and establishments. Yet few are prepared for the hassle that is TSA. Far from baby-friendly, the security at airports have, historically, made traveling with infants more complicated than it needed to be. 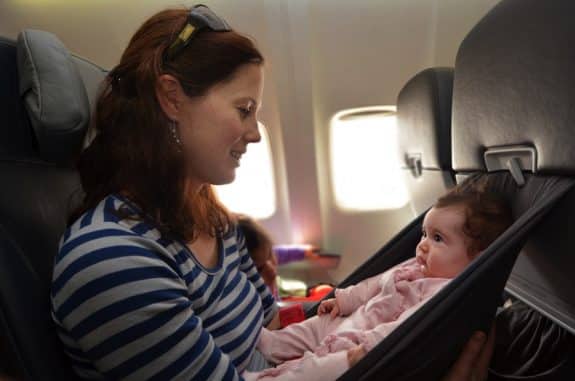 Breast milk containers couldn’t contain more than three ounces or it would be dumped. Baby food, formula, and feeding equipment were treated like any other personal product – but these items aren’t like the others that go through TSA. It’s not hair spray or lotion. It is food. The new BABES Act, signed into law by President Obama, recognizes that and will make traveling with baby easier for American parents.

“Too many parents have dealt with the TSA’s harassment-like treatment for carrying infant food and breast milk through airport security – even though this is allowed under TSA’s own guidelines,” said U.S. Representative Jamie Herrera Beutler in a recent statement. “With the President signing my bill into law today, we will make it easier for families to travel with the supplies they need.”

Thanks to the new law, TSA employees must start receiving training on the screening, processing, and passing of breast milk, formula, and other feeding equipment within the next 90 days. They will learn how to treat these items like the essential food items that they are.

“The BABES Act will ensure that agents are trained to provide families traveling with breastmilk with reasonable, consistent treatment, and that the agency maintains this priority in the future for new hires and retraining activities.,” Beutler said.

Signed into law, largely because of the support and push from Bebe Voyage, an online community for traveling parents, the bill was pushed to fly before the close of current legislation. It passed just before the holidays – an early sort of Christmas present for parents who travel.

“We are so grateful to Congresswoman Herrera Beutler for introducing this bill and garnering bipartisan support on it,” Marianne Perez de Fransius, BeBe Voyage’s CEO said in a statement. “Traveling with a baby is a harrowing experience, and thanks to her leadership and all of Congress’ participation, we are looking forward to improved conditions when going through airport security. This truly is an amazing holiday present for our community.”