A boat accident in Cocoa, Florida turned into a fight for survival when an infant was thrown from a capsized family boat and went missing in the dark waters. 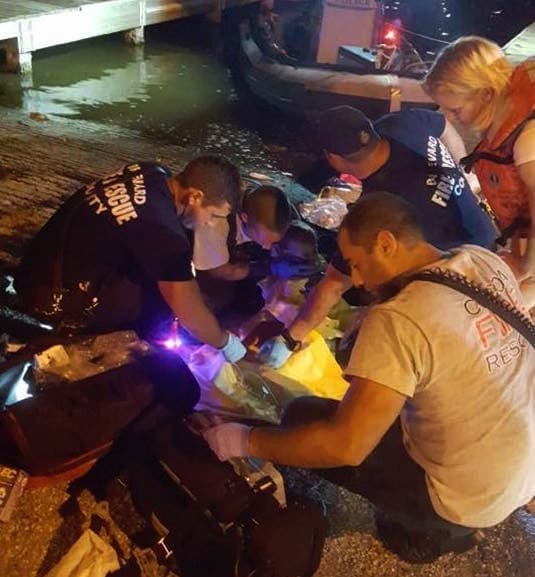 Tammy Brossard and her husband were returning from a family dinner with their two young daughters, infant Charlotte and 23-month-old Kennedy. Their boat hit a wire holding up a telephone pole and the impact caused the craft to capsize, ejecting this family of four into the water.

Mom Tammy was holding Charlotte when the boat overturned. With the infant still in her arms she frantically climbed on top of the boat. She could hear Kennedy crying but couldn’t tell where the cries were coming from. Searching the waters in the dark – the accident happened around 11 p.m. – she became increasingly desperate to find her child before it was too late.

As dad continued searching the water, Tammy was able to salvage her water-damaged phone and call for help. Police arrived to pull the family to safety, but even with the use of a search helicopter were unable to spot the little girl. It was at that point they realized that the toddler was under the boat.

Little Kennedy survived because of an air pocket that had formed beneath the boat and because her parents had buckled her safely into a life jacket before heading for home. 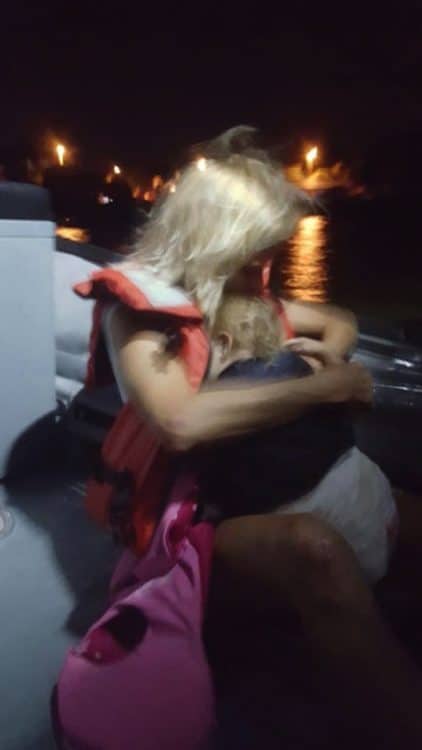 Her rescuers, Officers Rush and Worthy, dived into the water with no life jackets or oxygen tanks to pull the child to safety after an ordeal that lasted nearly an hour. Kennedy was treated by the paramedics standing by on-scene.

The accident was severe enough that the boat sustained considerable damage. But the Brossard family is grateful for the happy ending and knows what matters most: their baby girl miraculously survived circumstances that could easily have had a tragic result.