Preterm labor can lead to complications for both mother and baby – breathing difficulties, increased risk for SIDS, jaundice and an increased risk of bleeding, just to name a few. Unfortunately, the reason why so many women deliver early is still a bit of a mystery. Researchers from Duke University School of Medicine have hopefully brought us at least a bit closer to understanding this phenomenon after their recent study on premature preterm rupture of membranes (PPROM), or the breaking of the protective water sac around a fetus. 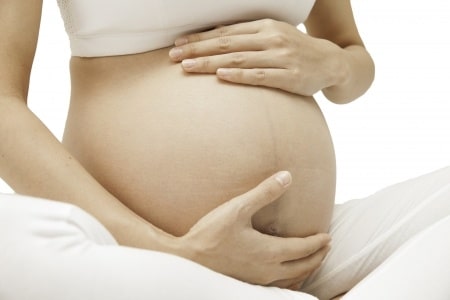 “Complications of preterm births can have long-term health effects for both mothers and children,” Amy P. Murtha, associate professor of obstetrics and gynecology at Duke’s, told Medical News Today. “Our research focuses on why the fetal membranes, or water sac, break early in some women, with the overall goal of better understanding the mechanisms of preterm membrane rupture.”

Made up of two transparent membranes, the early rupture of the water sac is associated with about one-third of all preterm deliveries. The inner membrane, known as the amnion, contains amniotic fluid and the fetus. The chorion, which is the second, outer membrane, contains the amnion (the inner membrane). This outer layer is also part of the placenta.

In previous research, Prof. Murtha and her colleagues have found that infection is linked to a higher rate of cell death in the chorion layer. In this study, they studied 48 chorion membrane samples to see if they could uncover any patterns between the presence of bacteria and thinning membranes. Some of the membranes had come from women that had delivered at term, and others came from women who’d delivered early with PPROM.

Each sample was measured for thinning in the chorion layer and for the presence of bacteria, both near and far from where the membrane ruptured. As predicted, all membranes were thinnest at the site of the rupture. However, in those that the membrane had ruptured prematurely, evidence of thinning could also be found distant to the rupture site.

Researchers also found some surprising information in their examinations. In all chorion layers, including those that had not suffered from PPROM, researchers found evidence of bacteria. This challenges the theory that fetal membranes are a sterile environment. Not surprisingly, however, was the fact that bacteria levels were highest at the rupture site of all membranes. Those that had experienced PPROM had the highest levels of bacteria at both the rupture site and the distant site.

Though not really designed to determine if the presence of bacteria actually causes the thinning of the membrane lining, or if the thinning of the lining increases the level of bacteria, researchers say the study offers valuable information in the way of understanding the mechanisms that may be present in PPROM.

Prof. Murtha says that she and her colleagues now plan to determine if there are specific types of bacteria involved in PPROM. They believe that, if they can better understand how the thinning and bacteria are related, and possibly determine which bacteria are involved, it may open the door to preventative measures for PPROM and preterm labor.

“We then might be able to treat affected women with antibiotics and reduce their risk for PPROM. Our research is several steps away from this, but it gives us opportunities to explore potential targeted therapeutic interventions, which we lack in obstetrics,” Professor Murtha said.