The Duggars aren’t the only big family in America. Gil and Kelly Bates just welcomed their 19th child, a little boy, Jeb Colton, who weighed in at 7 pounds, 8 ounces. And, like the Duggars, they are willing to welcome more. 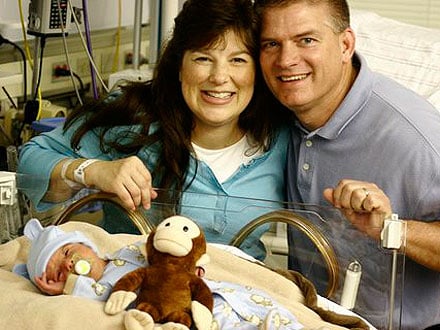 “You would think with your 19th child, you wouldn’t get excited and nervous,” stated Gil in an exclusive interview with PEOPLE magazine. “But I was as nervous with this baby as I was with our first.”

“It is very exciting, and we’re nervous, too,” Kelly stated. “Our biggest desire is to be real. The Duggars have helped people. We talked it over with the children, and everyone likes the idea of helping others. It is not wonderful all the time. We have the same struggles everyone has.”

But the Bates didn’t plan on having a big family when they got married 25 years ago. In fact, they only planned on having “to or three kids,” but it didn’t happen that way. Just three months after getting married, they got pregnant with their eldest child, Zach. So, the Bates, like the Duggars, decided to “trust God for children.” 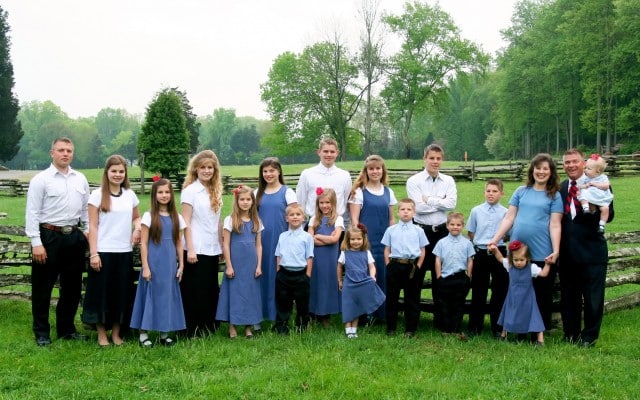 But while the Duggars and the Bates have many similarities – both families have 19 children, they both live debt free, both families homeschool their children, both have strong Christian values, and both families divvy up chores – there are many differences between the two families as well.

The Bates and the Duggars may have the same number of children, but Kelly has been pregnant more times than Michelle (the Duggars have two sets of twins, the Bates do not have any twins). The Duggars divvy chores by jurisdictions. The Bates rotate chores and allow the children to volunteer for the chores they do.

There is one big similarity between the two families though…both moms have had families and friends express concerns over their health because of the numerous pregnancies. But Kelly says, “I have not had health issues and have had pretty easy pregnancies. We try to live healthy and make wise decisions about our health. We had a peace about the choice we are making.”

I am always in awe of these very large families. We have five children. Some days, we think about adopting more, but I can’t imagine 19 children. At five, I can definitely relate to Kelly’s statement, “Sometimes, it is like a three-ring circus around here.”

I guess we all have our level of what we can handle, and there is one thing that I know for certain when it comes to the Duggars and the Bates – they must really love children!

Congratulations to Gil and Kelly Bates on the new arrival and good luck on the show! We look forward to seeing it.