Benjamin McKenzie and Morena Baccarin were spotted out with their daughter Frances Schenkkan in New York City, New York on Saturday April 16, 2016. 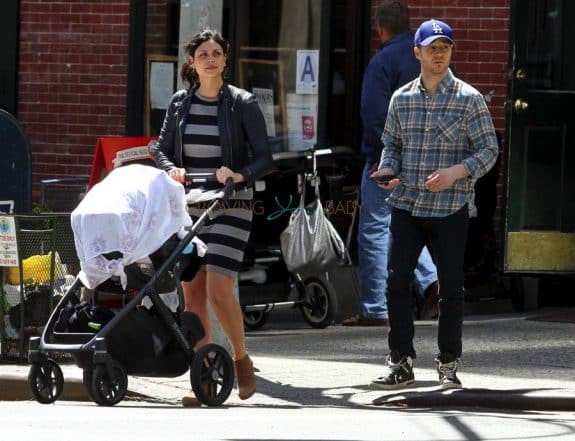 These are the first pictures of the baby girl who was born on March 2, 2016.

After enjoying a stroll through the city, the couple had lunch out of the patio where Morena was photographed cuddling her little cutie.  Isn’t she sweet? 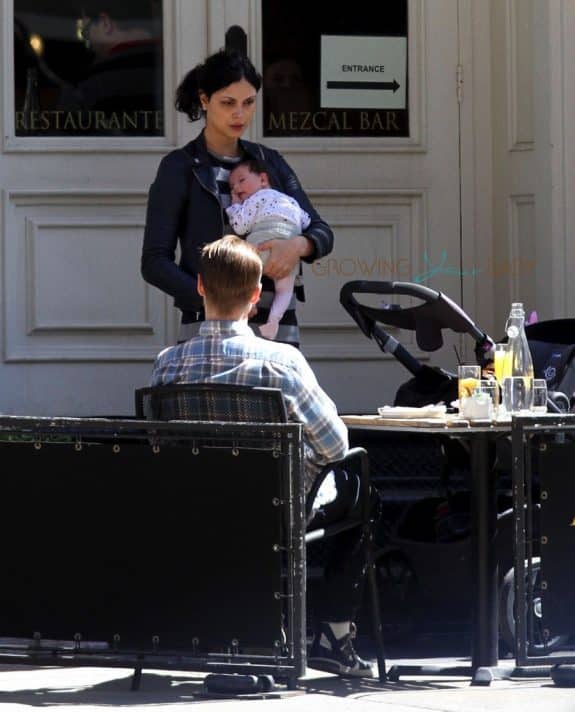 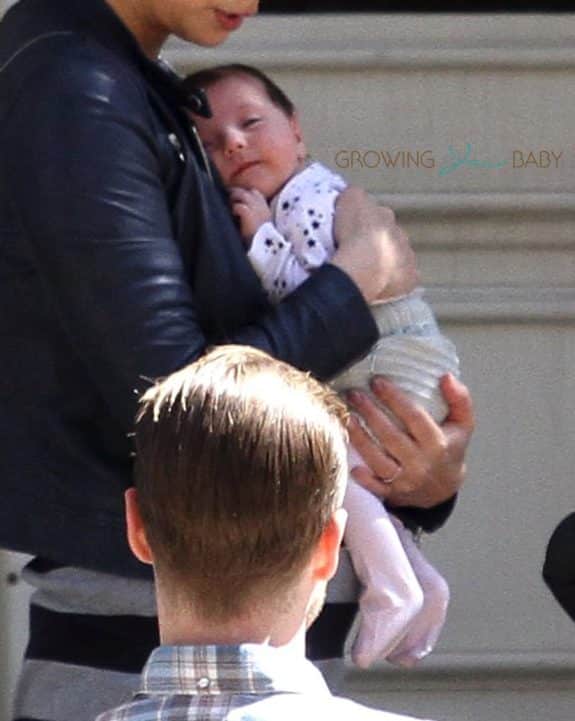 Frances is the first child for the couple, and second for Morena who is mom to Julius, 2, with ex-husband, director Austin Chick.

Austin and Morena finalized their divorce 2 weeks after Frances’ birth.

In November when Chick filed for divorce, the actress said in court documents, “Today, I am in a new committed relationship. I am planning to re-marry. Also, I am 3 1/2 months pregnant.”

Does that mean there will be wedding bells in the future for the new parents?  We hope so!