Bethenny Frankel showed off her beach bod in a black bikini as she enjoyed another day on the beach with daughter Bryn in Miami, FL on Saturday.

The reality star juggled her daughter, a mermaid backpack, her own tote, a tablet, headphones, sandals and a doll. 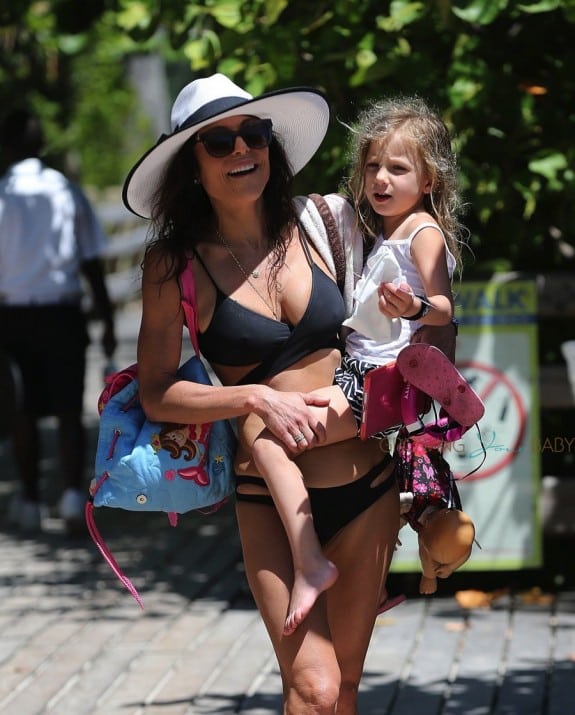 The two ladies celebrated the Easter weekend playing in the surf and sand. 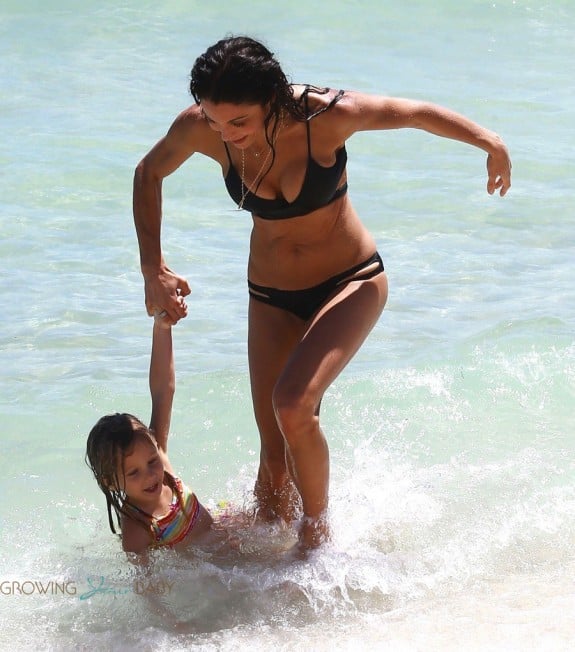 Look for Bethenny to return to the small screen this week when Season 7 of The Real Housewives of New York City premieres on Tuesday, Apr. 7, at 9 p.m. E.T. on Bravo.

But don’t expect to see Bryn on the show.  Some believed it was Bethenny’s ex-husband Jason’s decision, but she recently revealed that it has her decision.

“Everyone says it’s because she’s not allowed. Kids with microphones on them, it’s not natural. I’ve chosen this. This season, it’s me, it’s my decision. I’m not bringing anybody into it.”