The First Part of this Story can be found at Born Too Early; A Mom’s Story Pt.1

The emotions of loss while at the same time knowing you have a daughter whose life is hanging by a thread has to be the hardest thing anyone should have to go through. 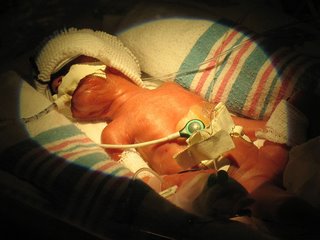 Kaitlyn weighed 1 pound 11 ounces at birth. She was born 13 weeks early, at 26 weeks gestation. Brian’s wedding band fit over Kaitlyn’s foot. Kaitlyn spent a long 127 days in the NICU. That’s over 4 months! I wasn’t able to hold Kaitlyn, she was covered in wires, she was under blue lights to treat jaundice, and she was on a ventilator. Kaitlyn had so many blood transfusions I lost count. She had constant heel pricks to get her blood to test for numerous things. She was at risk for NEC, PDA, ROP, BPD…the alphabet soup of scary things that I knew nothing about. I had a crash course in Medicine (I’ve since had people ask me if I was a nurse, and I say, no, I’m a Real Estate Broker!)

We were told the NICU experience was like a roller-coaster. Some days she did better than others, some days were absolutely awful. Just when you felt she was doing better, we were told that her lungs were filling with fluid and that things were not looking good. She was on a ventilator for a month, and we weren’t allowed to hold her that entire time. Many days when we’d visit Kaitlyn would be sound asleep, and I would just sit there at her bed side, reading to her, cupping her, feeling absolutely helpless. Day after day after day. 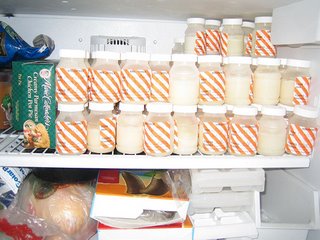 The NICU finally told me to stop bringing in breast milk as they ran out of room, as Kaitlyn was so sick, she wasn’t being fed my milk yet, eventually we ran out of room in our freezer at home so we had to purchase a 6-foot tall dedicated freezer.

Here are a couple posts from my blog:

Katilyn is incredibly feisty! I mean really, really feisty. She has a temper like you can’t believe. The docs main concern (besides her lungs of course) is trying to keep her sedated and still, as she hates anything being done to her and kicks, moves, squirms and thrashes. She’s got the longest arms, legs, fingers and toes and when she’s trashing about, she’s kicking her legs, waves her arms and tries to grab all the wires and tubes.

I got to change her diaper today and I got to “cup” her in her isolette which helps her to be less fussy. Her oxygen requirements are much less when I do that, so I do think she can feel my presence.

Today Kaitlyn got her breathing tube removed and went on the CPAP.
They removed the face mask and we got to see Kaitlyn for the very first time without any wires or tape on her face! Unfortunately, her face was very “scrunched” up do to the mask that was on it, so she wasn’t looking her best, but she opened up her eyes. It brought tears to both our eyes.

By the time we got home from the hospital, the doctor called us and said she had to removed her from the CPAP and put back on the ventilator.

Afterwards I had a crying break-down. Seems to be a common occurrence for me. I tried to ask Brian how I should feel, as it’s so hard for me to feel “encouraged, joyful, optimism or any type of happiness”. I feel too guilty for feeling this way because of the incredible grief I feel for Corinne. It feels like I’m being disloyal to myself and to Corinne’s memory.

Well, it’s time to pump again and for Brian to change my dressings. It’s like having a full-time job (which I do have but I’m just not going to)…..Between pumping, dressing changes, trying to sleep to recover, time at the hospital, driving to and from the hospital, the entire day flies by. 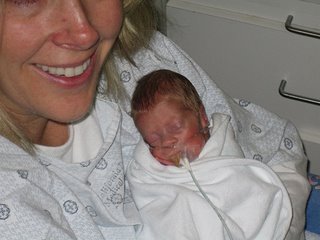 November 12! I finally got to hold Kaitlyn. Just think of your baby when they were first born and placed on your chest. I had to wait 1 _ months to hold my baby – This moment was so amazing, the tears just ran down my cheeks as I held her gingerly. She was so beautiful! She looked up at my face, my heart melted there on the spot.

Fast forward to the beginning of December when Kaitlyn was diagnosed with Stage 3 ROP. Retinopathy of Prematurity (ROP) is what caused Stevie Wonder’s blindness. Premature babies who are exposed to too much oxygen get ROP, which is basically the retinas detaching from the corneas. Kaitlyn needed another surgery, to try to stop the progression of ROP. If you recall, she already had heart surgery when she was 6 days old, and now an eye surgery. Months later, we found out that her ROP progression was stopped by the surgery, and we are still waiting (at a year old) to find out if she’ll need glasses for her near-sightedness.

I started asking the doctors in December that I was concerned about her lack of a cry. They discovered that her left vocal chord was paralyzed which was caused from her heart surgery (after a horrible scope test). The surgery saved her life, but she will now spend the rest of her life with a paralyzed vocal chord. She will likely learn to speak, but it will likely be very hoarse and raspy. When she cries it’s silent.

Kaitlyn stopped wanting to eat. She would eat some by nipple (or from my breast), but then stop, so she continued to have to be supplemented via feeding tube. Eventually, weeks and weeks later, her due date came and went. It was now January. She’d been in the NICU for 3 months, and it didn’t look like she was coming home any time soon.

February 9th, 4 months after she was born, 1 month after she was due, we finally got to bring our little girl home with us. I can’t tell you the elation when it was me finally walking the halls with my car seat! I felt like I lived at the hospital for 4 months and we were finally taking our baby home with us. We were sent home with feeding tubes, tape for her skin, syringes, and instructions to set up 8 doctor appointments the day we got home. I suddenly realized that my dream of going home was being realized, but that nothing was “normal” about our homecoming.

I had been focusing for 4 longs months of our homecoming and never really thought about anything post NICU. No one ever prepared me for how hard things would be after we walked out of the hospital door. 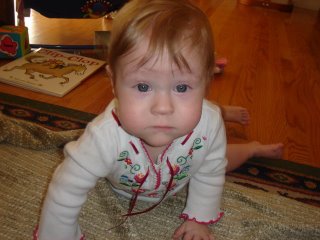 November 2006
Kaitlyn is 13 months old now (10 months adjusted). Kaitlyn has had so many doctor visits since our release from the NICU it’s impossible to count. She had to have a 3rd surgery – to implant a feeding tube directly into her stomach in March, as she stopped wanting to eat anything orally. She lost her “suck” reflux, and has spent many months now of vomiting upwards of 20 times a day. She has horrible reflux and oral aversions.

She now is fed via a feeding tube for 10 hours straight at night, as well as 3 hours during the day. We go to weekly eating therapy, physical therapy, developmental specialists, and still visit the following doctors monthly: Eyes, lungs, urologist, ENT (for her vocal chord), pediatrician, neurologist. In the winter months she gets monthly shots that cost $2,000 each to help ward off RSV. My life is full of syringes, feeding tubes, IV poles, never-ending laundry, and nursing help so I can get a break to work.

She just celebrated her birthday last month, and even with all of the above, Kaitlyn is doing amazingly well. She’s absolutely beautiful! She just learned to crawl and can sit up on her own. Although she is definitely delayed, she is doing remarkably well. She hasn’t smiled AT ALL until just recently (Yes, I waited an entire YEAR for my daughter to smile and recognize me); she doesn’t make vocalizations, and is still socially very very delayed – she’s had a rough start of life. She now weighs 16 _ pounds – We are amazed with all her vomiting that she continues to gain. 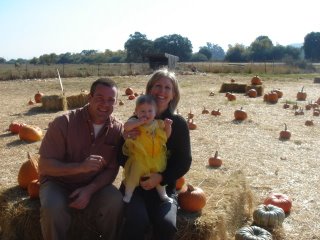 Kaitlyn is the love of my life. I can honestly say that I am a very different person than I was before I entered down the path of motherhood. I think I’ve become much more compassionate, caring and understanding about how precious life is. And how much a miracle having a healthy baby truly is. My life was altered forever when I had my amnio on 7/26/05. I’ll NEVER forget that date as long as I live. There isn’t a day that goes by that I don’t think of Kaitlyn’s sister Corinne, but I know that Kaitlyn has the most precious guardian angel looking out for her.

My entire story is online at: www.alizard.com Please spread the word about my preemie support group. Preemie mom’s need help in so many ways – Our life is different, our motherhood experience is different. So if you know of someone who needs some support, please have them contact me! Liz@aLizard.com (or if you need real estate help!)