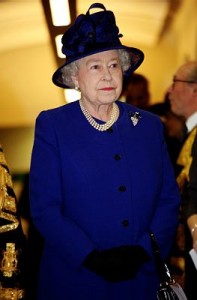 Britain’s HM Queen Elizabeth II. The official opening of The Supreme Court of the United Kingdom by Her Majesty The Queen and Prince Phillip. The Court came into existence earlier this month with the swearing in of its Justices. It will take over from the role of the Appellate Committee of the House of Lords as the highest court in the land Royal Rota/Pool Photo from Ian Jones