There was some excitement at a French amusement park yesterday when Brad Pitt and Angelina showed up with Maddox, Pax and Zahara. 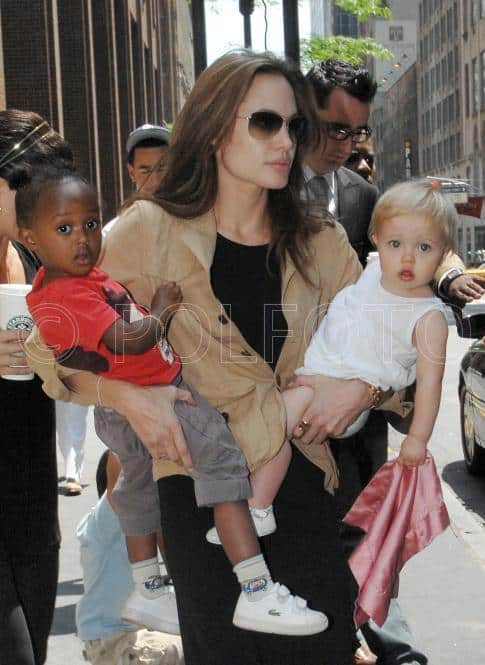 Days after wrapping filming on her new movie Wanted in Prague, Angelina Jolie, along with Brad Pitt and their family, made a surprise visit to a French amusement park, according to the staff there and the local Charente Libre newspaper.

The couple and three and their children arrived in a blacked-out Mercedes van while the staff at the park was enjoying their lunch.

The awed staff offered to waive the standard 5 € entry fee, but Jolie and Pitt insisted on paying. They stayed an hour, using the playground area that included a bouncy castle and a children’s obstacle course among other facilities.

“To see Brad Pitt knocking around in a bouncy castle with his children [and] screaming like wild animals was like a hallucination,” said park operator Benjamin Gautier.

I don’t understand what all the hoopla is about. These kids have to play somewhere… They really are just like us.

Angelina is photographed in NYC with Shiloh and Zahara above