Home » Brad Pitt and Angelina Jolie Arrive in Tokyo with Their Whole Crew!

In a rare event Brad Pitt and Angelina Jolie were spotted this afternoon arriving at Haneda International Airport in Tokyo, Japan with all 6 of their children. 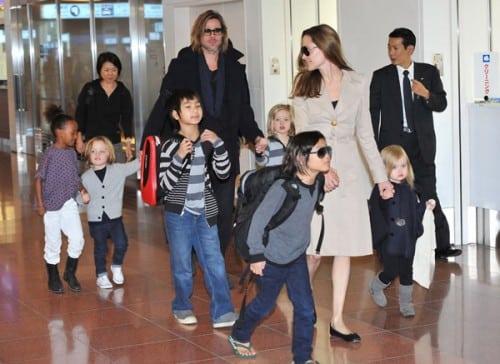 Angelina led the way with Pax, Maddox and Vivienne, while Brad followed with Zahara, Shiloh and Knox.

The family is in Japan while Brad promotes the release of his latest film “Moneyball”. They have been on a bit of a world tour lately while he worked on the zombie flick “World War Z.”

Just a few days ago, the gang was in Budapest, Hungary and Scotland before that. The definitely lead an exciting life!