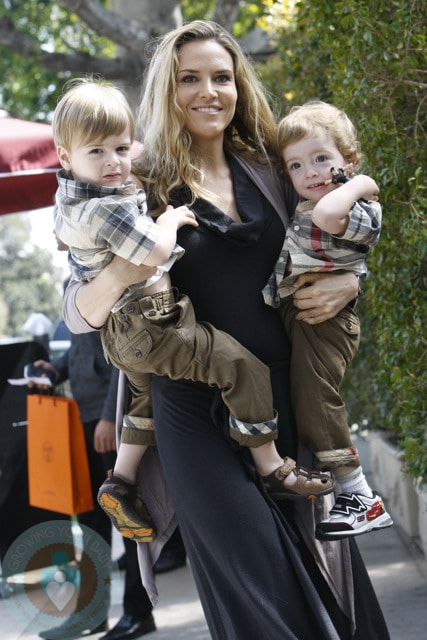 The reality star left her sober living facility for the day to attend the special event and spend time with her guys. The boys, who (literally)gave their mom a run for her money,  looked adorable in head to toe Burberry.

Brooke has been publicly battling Charlie for custody of the twins.   After two weeks of negotiations, ‘Brooke and Charlie have reached an agreement that resolves their differences,’ their lawyers said in a joint statement last week.

‘For the benefit of the children, the terms of their agreement will not be disclosed. They ask the public for privacy on this matter.’

It is believed, however, that Brooke will have physical custody of the boys and that the couple will have to undergo regular drug testing.