A Detroit family is devastated after a serious accident that claimed the lives of four young people – a mother, her best friend, her brother, and her cousin. But they are also grateful because, somehow, the mother’s little boy survived the carnage. Authorities say his car seat, though ill-fitting and improperly used, was what saved little Josiah’s life. 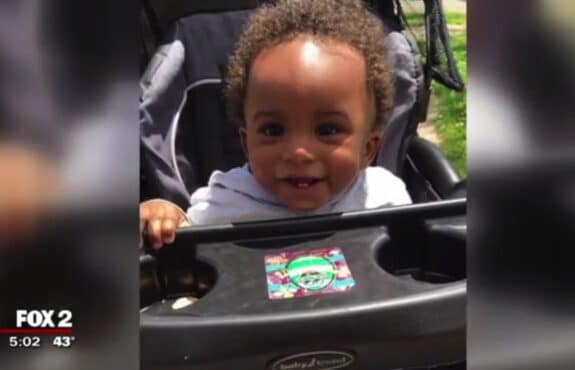 The accident happened early Monday morning. Witnesses say that the SUV had barreled past other vehicles, possibly exceeding as much as 80 miles per hour, when it lost control and crossed over three lanes of traffic before crashing into the wall and spinning out of control. 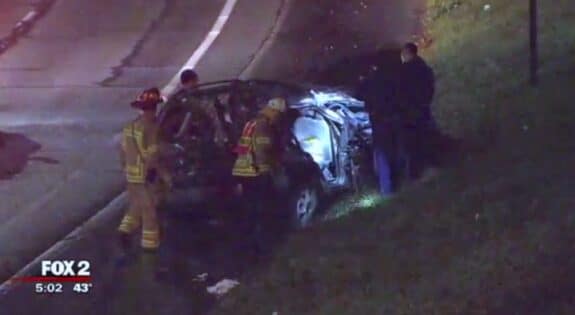 The passengers in the front seat – the toddler’s mother, Alesia Maddox, and her best friend, Dorri Rogers – were crushed inside the vehicle. Josiah’s uncle, Armonie Maddox, and cousin, Ervin Johnson, were ejected from the back, which is also where Josiah was sitting. The difference is that he was strapped in. None of the other passengers were.

“Speed and seatbelts – it’s the main thing we talk about all the time. The simple fact of doing the speed limit will save your life,” Lt. Mike Shaw, who also said this was the worst accident they’ve ever had to deal with, said to Fox News. “The child was the only one that survived and was the one that was actually buckled in.”

Authorities say that Josiah’s car seat was too small and improperly buckled, but it still managed to serve its purpose. The boy, who transported to a nearby emergency room for minor injuries, was shortly released from the hospital and turned over to his surviving family. But now, in the aftermath of everything, the family is trying to come to terms with their losses. Josiah’s survival – the only ray of light in an otherwise tragic situation, could be both the key to that healing, but also, perhaps, a miracle that defies all odds.

“His name says it all: Josiah. She got his name from the Bible. We teased her about it – ‘You want his name to be Josiah?’ She said, ‘Yeah I like that name. I don’t know the reason why.’ It’s just like a miracle that nothing’s wrong with him – nothing,” Josiah’s aunt, Londa Nixon, told Fox News. “It’s a miracle.” 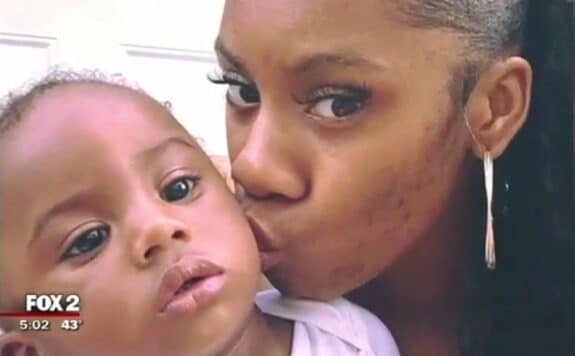