Cate Blanchett and husband, Andrew Upton were photographed attending the premiere of “The Year of Magical Thinking” at the Sydney Theatre Company last night, where she is currently the artistic director. 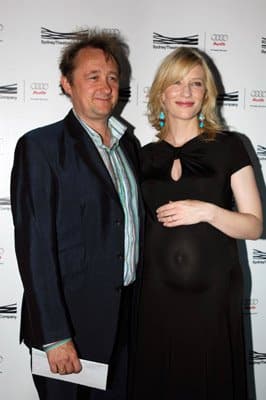 Cate is currently expecting her third baby, rumored to be another boy, and is due late April/early May 2008.

The couple are also parents to boys Dashiell John, 6, and Roman Robert, 4, on April 23.