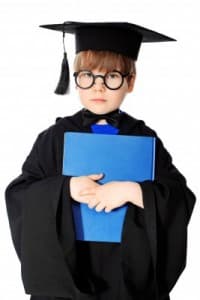 Not sure if a higher education is important? According to the Centers for Disease Control and Prevention, it just might be, but not for the reason you think. It seems that a higher education and a higher income level are now linked to a healthier lifestyle and better overall health.

For their 35th annual comprehensive health report, the CDC’s National Center for Health Statistics gathered data from nearly 60 major data sources from 1975 to 2010. They looked at various factors of health and health-related information, including obesity, exercise and insurance and compared that information with the income and education levels of families.

“We like to highlight different things we find interesting for readers,” said Amy Bernstein, a health services researcher at NCHS. Some of that information included the following facts:

The take-home message is that higher education levels seem to impact the overall quality of life. The authors of the report had this to say about the data:

“Highly educated persons are more likely to be employed and well-paid than the less educated. They have a higher sense of control over their health and lives and more social support. In addition, the well-educated are more likely to engage in healthy behaviors and avoid healthy ones.”

Dr. Jim Levine, a researcher at the Mayo Clinic in Rochester, Minnesota, who did not participate in the study but has spent time researching the link between poverty and obesity says that there are actually many reasons that poverty and chronic diseases often go hand-in-hand. Access to fresh and healthy food items may be limited. “In many poverty-dense regions, people are…unable to access affordable healthy food, even when funds are available,” said Levine.

Bernstein says the association between poverty, lower education levels and poorer quality of health has remained relatively stable for years, but the situation is still concerning.

“They are things you don’t necessarily think about, but these differences have persisted in the last decade, and it’s a problem,” Bernstein stated.

In my own opinion, the overall health of families may be somewhat of a secondary issue to the lower level education. Lower education can mean lower pay. Lower pay means less money for groceries and food.

Lower income families are constantly forced to choose between cost and health. If you only have $20 to spend on groceries and you have to eat for a week, you can almost guarantee that the items in your cart are going to consist mostly of boxed or canned meals. If you’ve ever compared food costs in the grocery store, you know that Ramen Noodles and boxed macaroni and cheese are much cheaper than the average fresh food item. One bell pepper or one tomato may be more costly than the average boxed food item. And let’s be honest, what can you do with one tomato or one bell pepper?

What’s worse is the fact that, even when assistance, like food programs are made available, education about nutrition is severely lacking for lower income families. Rather than set up nutritional classes to them make better choices with their food stamps, they are left to fend for themselves. If they’re used to foods like boxed convenience foods, those items will most likely be their food of choice.

Ideally, more education is needed for families that receive food stamps. Creating or offering a program where families who do not qualify for food stamps but are still fairly low income could receive fresh fruit and vegetables would also be extremely helpful. Unfortunately, programs like WIC are cutting down already. There seems to be no real easy answer to the health and nutrition problems in the United States, but it is becoming rather clear that something must be done very soon.