Home » Celebrity Families Attend The Premiere of Pixar’s Inside Out!

Pixar’s Inside Out won’t hit movie theaters until next weekend, but celebrities in Hollywood were out on Monday night to get a sneak peek at the much anticipated film! 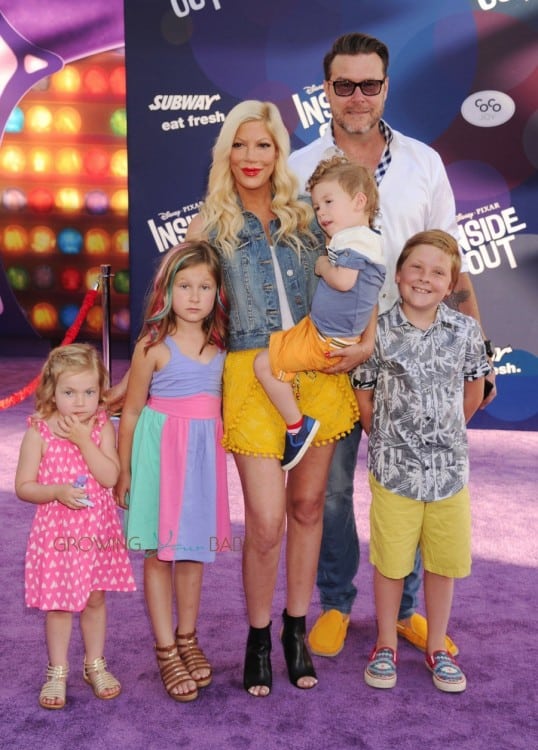 “Riley (Kaitlyn Dias) is a happy, hockey-loving 11-year-old Midwestern girl, but her world turns upside-down when she and her parents move to San Francisco. Riley’s emotions — led by Joy (Amy Poehler) — try to guide her through this difficult, life-changing event. However, the stress of the move brings Sadness (Phyllis Smith) to the forefront. When Joy and Sadness are inadvertently swept into the far reaches of Riley’s mind, the only emotions left in Headquarters are Anger, Fear and Disgust.”

Held at El Capitan Theatre in Hollywood, California the start studded event featured some our favorite celebs and their adorable kiddos!

Here are some we spotted on the red carpet: