The Centers for Disease Control and Prevention (CDC) recently analyzed birth trends in the United States by compiling data from more than 22,000 interviews on men and women between the ages of 15 and 44, between the years 2006 and 2010. The CDC compared this data to results from 2002. Some of the results were shocking, even to the CDC. 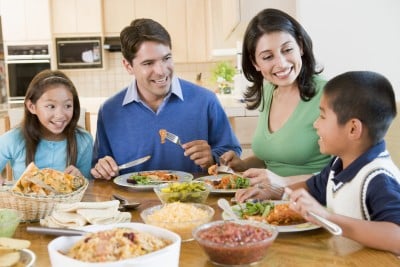 One of the most interesting results was the sharp increase in unmarried couples having babies; they accounted for 27 percent of all births in the United States. According to the CDC, this is a threefold increase from 1985 and it is higher than it has ever been.

Even medical professionals outside of the CDC are surprised at the results.

“It’s surprising that so many unmarried couples are having children,” said Dr. Christine Mullin, a reproductive endocrinologist and infertility specialist at the Center for Human Reproduction at North Shore-LIJ Health System in Manhasset, N.Y..

Just to clear up any confusion, the CDC did indicate that this is not a statistic on single mothers only; women who reside with their partners and have chosen to not marry are included in the study as well and it seems that they make up a rather large portion of the unmarried mothers.

“It’s thought that in births outside of marriage, one parent isn’t present,” said report author Gladys Martinez, a demographer in the CDC’s Division of Vital Statistics. “But our data is showing that a large proportion do have two parents, even though [they’re] not formally married.”

The study also included information on the age of mothers during gestation as well as the number of children they had. Just like the percentage of unwed mothers, the results were a surprise.

“We know that women have been delaying childbirth,” Martinez said. “But there is also an increase in the number of older women who have more than one kid, and we would expect that to be even higher if we interviewed even older women.”

Mullin cited that many women who wait to rear children do so for educational and career-related reasons. She says that having one child is difficult enough on older women so she was rather surprised at the number of older women who had two or more as well.

Other highlights in the study included: