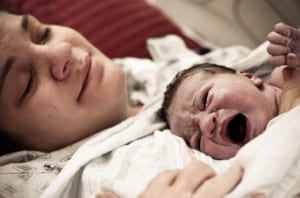 HealthGrades, an independent health care rating organization, has revealed the number of caesarean deliveries rose significantly over a 7 year period, based on information from 19 U.S. states.

Since 2002, caesarean rates have increased from 27% to 34%. States that ranked the highest in caesarean births included New Jersey, Texas and Florida. Utah, Wisconsin and Colorado had the lowest percentage rates. What has caused the increase? A statement by Divya Cantor, MD sheds some light on the subject.

“Women today have a wide array of options when it comes to reproductive health and choosing a health care provider who aligns with their personal preferences….women can optimize their chances for receiving the highest possible quality of care and comparing the clinical outcomes of hospitals and doctors in the area.”

So, based on the statement of Dr. Cantor, women have the ability to reduce the chances of receiving a caesarean birth. Why don’t they? Well, one of Cantor’s highlights in the study included the fact that caesareans are sometimes performed for the convenience of the doctor, the patient or both. Other reasons that a caesarean may be chosen over a vaginal birth included:

But why is this all so important? Well, as mentioned, there are risks to having a caesarean birth. Blood clots, injury to the bladder, hemorrhaging, extended recovery time and infection are the most commonly known and referred to risks. However, other risks may also be present when delivering caesarean.

According to Dr. Cantor, the caesarean rates can be reduced. In order for this to happen, however, doctors will have to have a better understanding of the risks of caesarean births as well as other measures that can reduce the need for the procedure. Women should also become more aware of the risks associated with caesarean births and take the time to find a quality physician and hospital for their delivery.