Charlotte Church was spotted braving the rain while out running errands with her 2 children Ruby and Dexter. 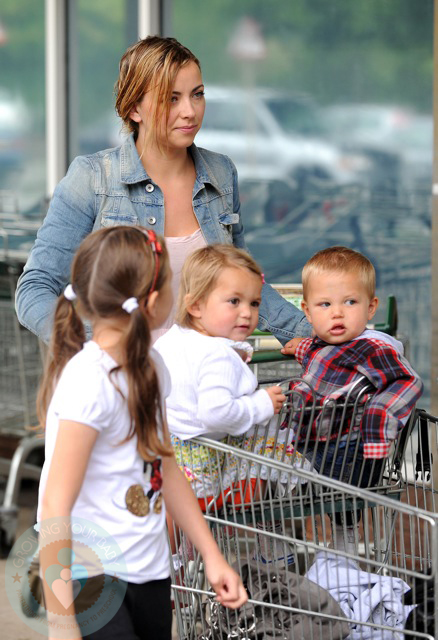 The busy mom revealed today that she would be releasing her second pop album called Back To Scratch on November 1.

The album’s title track, set to be the first single, was originally written about the breakdown of a relationship of one of Charlotte’s friends.

However, when Charlotte came to record the song, her relationship with Gavin was also coming to an end.

Talking about the track Charlotte said: It became the perfect song for my situation so I sing it with a lot of conviction.”