Chris Hemsworth kept his daughter India close while out doing the grocery run at Whole Foods on Friday. 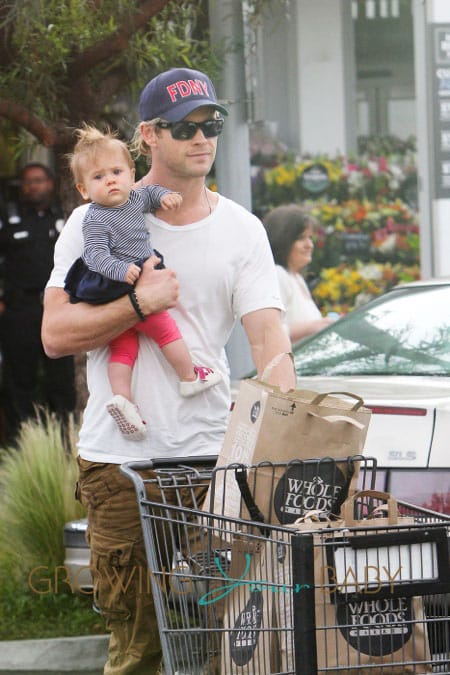 India was cute in a navy striped shirt, skirt and hot pink leggings.  Like always, she enjoyed the view from her dad’s arms as they headed to the car.

The actor, who will appear on the big screen in Thor 2 and Rush this Summer, has been on the go for work for the last couple years.

Next up, he will travel to the UK, where Avengers 2 is set to film in London at Buckinghamshire’s Pinewood-Shepperton studios, the same place he filmed Thor 2 in November.

Fans, however, will have to wait sometime to see this movie in theaters. The Avengers 2 isn’t set to premiere until May 2015.

Until then we will enjoy seeing him out with his family!