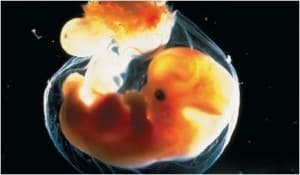 It is only a difference of about 7 days, but some doctors are disagreeing on when contraception occurs.  The American College of Obstetrics and Gynecology (ACOG) defines pregnancy as beginning when the fertilized egg implants in the uterus, roughly a week after fertilization.  Their community, it seems, see things differently.

“People say that the medical profession has settled on this,” said Farr Curlin, senior author of the study and a professor at the University of Chicago.

“What our data show rather clearly is that it is not at all settled among the medical profession.”

For the survey, Curlin and his colleagues sent questionnaires to 1,154 practising obstetrician-gynecologists in the U.S. asking whether pregnancy begins at conception, at implantation, or if the doctor was unsure.

Implantation takes place about a week after fertilization, when the blastocyst, a tiny group of cells that will later become the fetus, embeds itself into the wall of the uterus.

The study also revealed that physicians who responded that they were religious or opposed to abortion or contraceptives that prevent implantation, were more likely to believe that conception is the start of pregnancy.

Researchers weren’t surprised that a majority of doctors in his study disagreed with the ACOG.

“In this case, the science shows exactly what happens, but what you define as pregnancy is not what science can settle,” Curlin told Reuters Health.

He also noted that one of the weaknesses in the survey is the use of the word “conception” instead of fertilization. While conception is usually defined as fertilization, others interchange it with implantation.