When you think “child abduction,” bad things probably come to mind, but this weekend, the term found a whole new meaning.

According to the police, a Dallas mother drove to the Sanchez Restaurant and Bar on Giplin Avenue around 2am on Sunday morning. She parked her car in the lot and went inside to confront her estranged husband, who was apparently inside. She then left the bar with her husband in a different car, leaving her car outside of the bar. She’d forgotten something though….Her two-year-old son was still in the car she’d driven over. 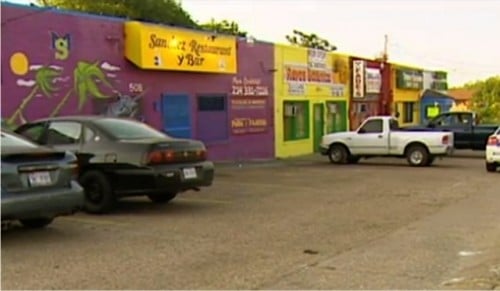 It didn’t hit the mother, apparently, until sometime later. She returned to the bar parking lot but found that her car had been moved to a different spot up the road. When she went to check the car, her son was gone.

Panicked and scared, the mom called the police. Because it wasn’t clear whether or not the boy had been taken or had simply wandered off, police didn’t call an Amber Alert, but they did scour the area for more than six hours, searching for the little boy. Eventually, he was found, safe and sound at an apartment just one block south of the bar around 8:30 Sunday morning.

According to the police, the couple had found the boy, sitting alone in the car. After waiting for someone to return for about 40 minutes, the couple gave up and took the little boy to their place. Giving child abduction a whole new meaning, they then cared for the little boy and put him to sleep.

“They waited roughly 40 minutes, hoping someone would come back,” Dallas police Sargent Brenda Nichols told ABC News. “When no one came back for the baby, they took the baby out of the vehicle, brought the baby into the apartment with them, laid the baby down to sleep and basically took very good care of the child.” 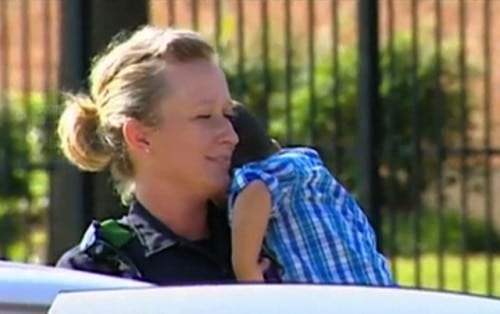 After he was found, police placed the boy in the custody of Child Protective Services. The circumstances of the incident will be investigated further, and from there, it will be determined if the mother will face charges for leaving her child and when (or if) the child will be returned to his mother.