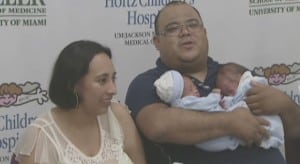 The Molinas always wanted to become parents and for nine long years they kept trying and hoping someday they would hold a baby in their arms. Their patience finally paid off and while the couple would have been happy with one child, they were blessed with five.

It is definitely a season of multiple joys with the Molina Quintuplets entering the world at the same time as the Alabama sextuplets. For  Jose and Diana Molina though it is a sweeter reward after a long wait.

The couple were trying to have a baby for many years. Recalls Jose of the times when he used to wonder if he would ever be a dad,

“It’s very hard, very hard and go to bed and think am I going to have babies one day?”

Jose adds, “It’s very hard when you see couples with babies and you want to have babies because you really love babies.”

Belonging to Honduras, the two decided to meet a fertility doctor in their native land. The procedure was a success but the news was nothing the two had anticipated,

“First we were told there were just four babies,” said the father, “and two months later, the ultrasound found the fifth baby. When we found out we were having five babies all we can say is, thank God.”

The quintuplets were born at Jackson Memorial Hospital on 6th April at 29 weeks of pregnancy. Because multiple births are complicated and there is an added strain on the mother during pregnancy, the births are usually earlier than normal. That is why for the Molina quintuplets too the early birth was not termed unusual. In fact doctors believe, they stayed in the womb longer than predicted. 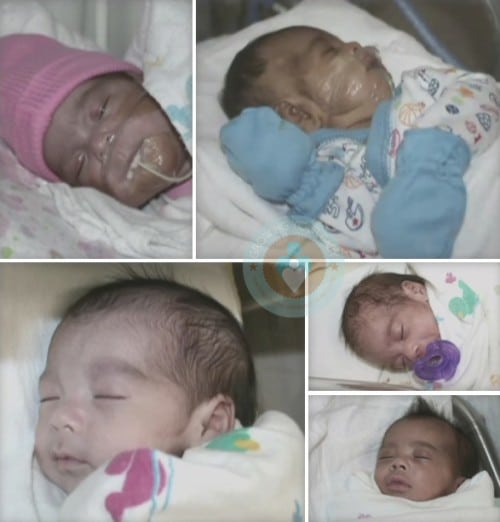 “This is the first quintuplets in Jackson that far [along],” said Dr. Salih Yasin. “Usually they don’t last that long. Usually there are so many complications that pregnancy has to be stopped.”

The four boys and one girl have been named Fabio, Jorge, Iker, Enzo and Valentina. While three boys have already left the Holtz Children’s Hospital where they stayed for two and a half months, Enzo needs a heart surgery and Valentina has respiratory problems. Therefore, they will need to be under medical supervision for a few more days.

But Jose has already made plans for the time when he will have all his babies home.

“Since I’m a soccer fan, I’m going to play soccer with them,” said the father.

The blessed father surely is going to have a great time give soccer lessons to five eager toddlers at the same time very soon.