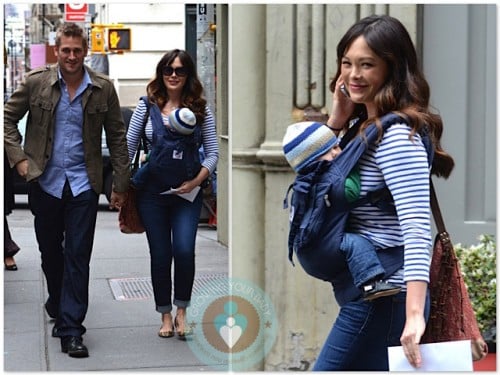 The couple, who have been together since 2008, held hands while Lindsay kept their little man close in a ERGO baby carrier.

Curtis recently told Parade.com that his son is part of his workout regime.

I go walking with Hudson every morning, so that’s an extra 15 pound weight! We like to go hiking in the hills.

He also plans to put his chef skills to work when the tot is old enough to eat solids by making his own food for him, straight out of his veggie garden!