Twenty years after her mother became a world-famous model for GUESS, six-year-old daughter of Anna Nicole Smith, Dannielynn Birkhead is following in her mom’s footsteps and modelling for GUESS kids.

For the campaign, which will appear on buses and billboards beginning in mid-January 2013, Dannielynn posed on the beach wearing a denim mini-skirt, white-denim vest, graphic t-shirt and a fedora. 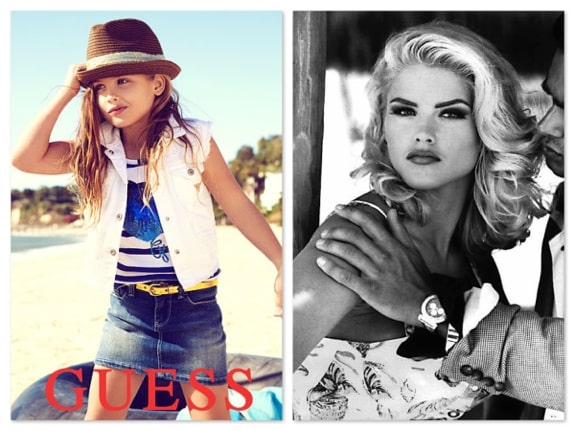 “Dannielynn has the same playful spirit that her mother had on a set,” said Paul Marciano, Creative Director for GUESS?, Inc. in a press release. “She is a second-generation GUESS girl, which makes this campaign a first for us.” 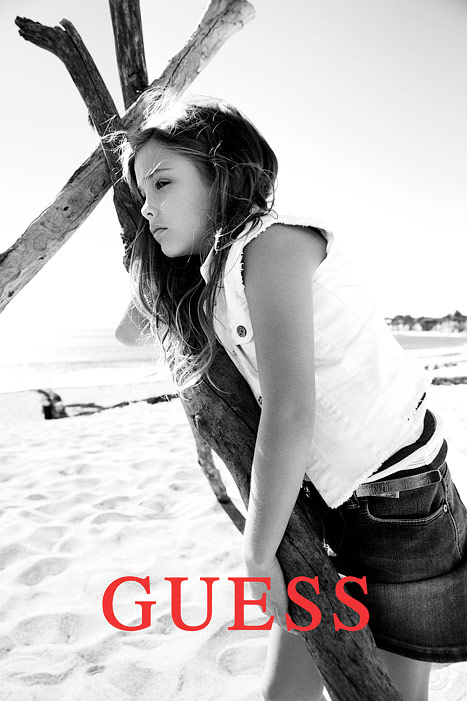 Dannielynn is absolutely beautiful and perfect as a GUESS Kids model.  She has stayed out of spotlight over the last few years so it’s nice to see that she is having a bit of fun in front of the camera.  We can’t wait to see the rest of the campaign.