Squeezing in every last minute of Olympic excitement, David Beckham and his boys were photographed in the stands on Saturday night cheering on Team GB and diver Tom Daley, who won bronze! 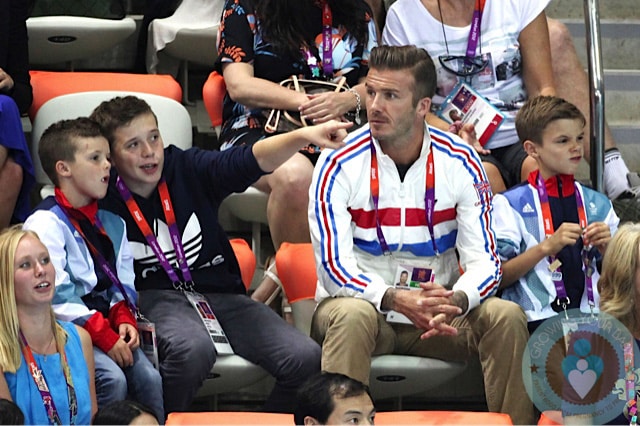 A staple in the stands, David was in attendance for quite a few events over the last two weeks, supporting many of the members of the Great Britain team.

After the win Tom revealed that he received some encouragement from the soccer star that helped him during his last competition.

“He wanted to wish me well and to say keep your chin up,” said Daley, who said he had corresponded with David via text.

“David was asking how I’ve been feeling, giving me advice about what to take out of the synchro. He was kind of asking me the right questions, telling me it’s not that bad and that I can come back.”

It was a busy day for the Beckhams! Brooklyn, Romeo and Cruz first sat track side with their dad to watch the men’s team take gold in 5,000 metre race. They then moved to the aquatics center where they cheered Tom on to win.

What a lucky crew!