Albert Tansey was born with hypoplastic left heart syndrome, a condition in which the left side of the heart does not form properly in utero. At just a week old, doctors performed their first surgery on his heart. Nine months later, he received open heart surgery. The prognosis was good, and doctors didn’t expect to see Albert until later on this year, but just last month, Albert’s condition took a turn for the worst. 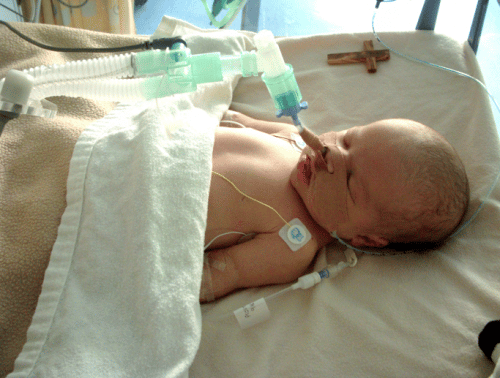 “He was grey and sweating,” his mother, Annita said, recalling the day Albert collapsed. “He kept saying, ‘It hurts’ and when I asked where, he pointed to his heart.”

Frightened, Albert’s parents called emergency crews, and just a short time later, they were at the hospital. The diagnosis: heart failure.

“Within an hour of getting there, they realized he had heart failure,” said Albert’s father, Adam.

Doctors tried Albert on a clot-busting medication. When that didn’t work, doctors feared for his life.

“it is more likely to be fatal for children with a condition like Albert’s because he has a single chamber, where any damage by a heart attack is magnified,” said consultant Dr. Albert Alahmar.

So, cardiac surgeons decided to try a procedure that, while common place in adults, had never been performed on a child. Using a miniature vacuum, doctors were able to successfully suction the clot out of Albert’s heart. In so doing, they cleared the blocked artery and restored the blood flow back to his heart. And after just a short recovery period, little Albert was able to return home with his parents and four older siblings.

“The doctors were so excited. They were all just amazed. They said it’s never been done on a child before,” Annita said, adding, “There are no words to explain how we feel about them and all the staff at the hospital. They have saved his life. It’s lovely he’s back home and we can be a family again.” 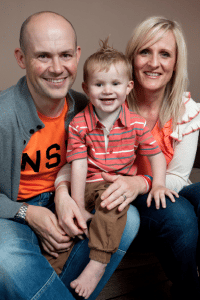 Albert will have to take medication for the rest of his life, but the cardiologists who performed the surgery believe that it is possible that the surgery can be used in the future to treat other children like Albert. Adam and Annita, who are rallying to keep the cardiology unit open, say that they are glad that Albert was able to be a part of something bigger.

“It felt special that Albert had been part of something so big, and his life will go on to help others,” Adam said.