Daddy date! Still in New York City for fashion week, David Beckham and his daughter Harper were spotted playing at park, while his wife Victoria continued her designer duties. 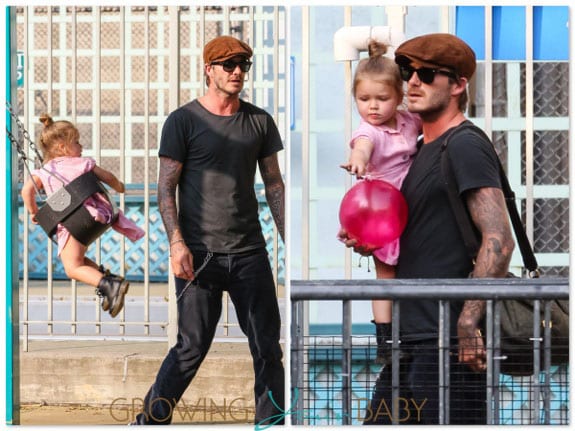 Harper was fashionable in a pink dress and biker boots, while David wore his signature newsboy cap and all black, and carried a Louis Vuitton diaper bag.

While on the playground the pair ran into actress Molly Sims and her son Brooks. 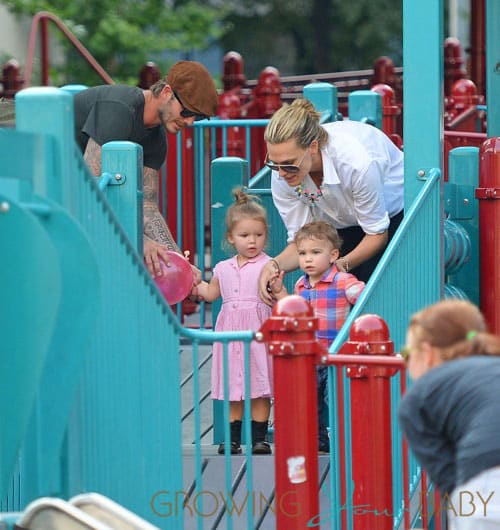 Coincidentally,  the doting dad recently joked that dating was out of the question for his little lady when she gets older.

“Absolutely not”, David joked to The Sun. “She’s not going out. She’s going to be like Rapunzel – up in the tower”.

Also the dad to 3 boys; Brooklyn, Romeo and Cruz, David also added that raising a girl is different than a boy.

“To have a daughter is a whole different story”, he said when comparing bringing up Harper to sons. “I’m not saying I love my daughter more, but boys are independent.” 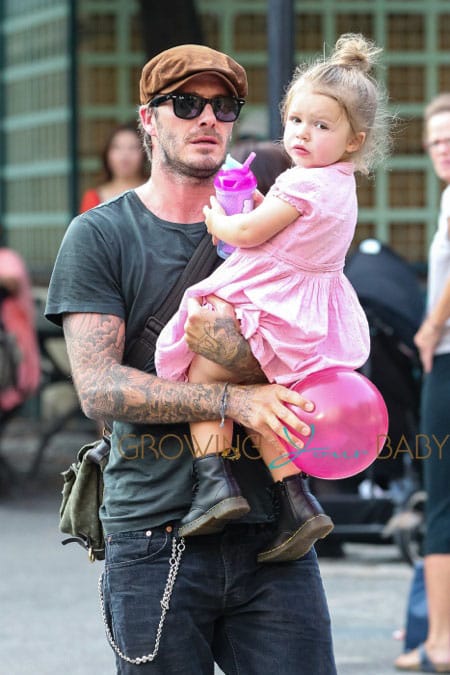 The little jetsetter made news on Sunday when she was photographed in the front row of her mom’s fashion show along side Vogue’s editor-in-chief Anna Wintour.

The family will likely head back to London today or tomorrow – just in time for London Fashion Week!