Mother’s rights versus fetus rights. Countless debates have been sparked over this very issue, and it is one of the most sensitive topics in existence. Who should decide what’s right and what’s wrong? Do you base the decision on morals? Ethics? Human rights? Women’s rights? I believe it is all of these, and more.

In Texas, a controversy over a brain dead mother and her fetus comes to an end. In Hungary, it is announced that a healthy baby born to a legally deceased woman was released last month. The two cases may sound the same, but this truly is where the similarities end. 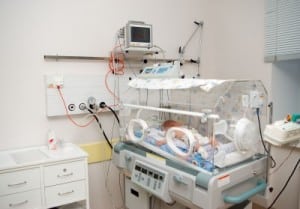 According to Dr. Bela Fulesdi, President of the University of Debrecen Medical Center and Heath Science Center in Hungary, the 31-year-old mother had been brought into the hospital after a stroke. Doctors operated and tried to save her life, but tests ultimately led to the declaration that the mother was brain dead. Other tests found that her fetus was still alive, moving and kicking, however, and doctors believed they might have a chance at saving the child.

For the next three months, everyone fought to keep the baby inside the mother’s womb. The grandparents and father of the child came to visit the baby. They would rub the mother’s stomach. A music therapist came in to try and help stimulate the baby. Doctors turned the mother to help fight off infections and bedsores. They wanted to hold off delivery for as long as possible because they didn’t just want to deliver a fetus; they wanted to deliver a healthy baby.

By the time the mother reached what would have been her 27th week of pregnancy, doctors finally decided that the womb was no longer a safe place for the unborn child. The mother had sustained a number of infections and her circulation was becoming unstable, despite the machines keeping her organs running.

The delivery, which took place in July of 2013, was a success. At birth, the infant weighed only three pounds and needed respiratory support – something that doctors expected because of the preterm state of the delivery. However, the infant was recently released to the family in good health, with no signs of illness from its premature birth.

According to Dr. Fulesdi, this case is extremely special – not just because they delivered an infant from a brain-dead mother under impossible circumstances, but because they were also able to preserve four of the mother’s organs (kidney, liver, heart and pancreas) for donation.

Two months ago, Erick Munoz found his wife lying on their kitchen floor. When he took her to the hospital, doctors declared her brain dead. They believe the cause of death was from a blood clot.

Both paramedics, Erick and his wife, Marlise, were very aware of end-of-life situations. Marlise has a Do-Not-Resuscitate in place, just in case it ever came down to her living on machines. Because of this, Erick expected his wife to be kept off of machines after she was declared brain-dead, but that didn’t end up being the case. 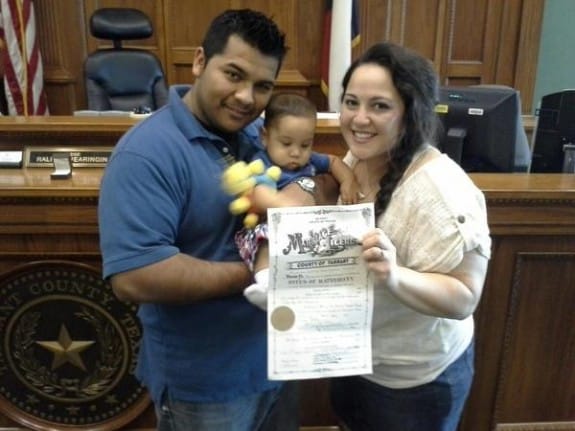 Doctors at John Peter Smith Hospital in Fort Worth placed Marlise on life-sustaining machines, hoping to help the baby survive. They say they were complying with anti-abortion laws, but others say they’d misinterpreted the laws. Either way, a judge finally declared that they remove the mother from all life-sustaining machines. They complied with this ruling before the cutoff time – 5 pm on January 24th.

Ultimately, the judge did not ever cite a violation of the mother’s rights, despite her desire to not be kept alive by machines. Instead, he ruled based on medical records that showed the fetus had fluid building up inside its skull. It also suffered from severe lower body deformation that was so extreme, the gender could not be determined with certainty. However, doctors told Erick that they believe the baby, who he named Nicole, would have been a girl.

We could debate it for hours, but in the end, I believe both families received what gave them peace and the ability to move forward with their lives. For the Hungarian family, it was the child that is now reportedly healthy and striving. For Erick Munoz, it is the chance to finally do something he’s been wanting to do for months now – bury his wife and unborn child. Though obviously painful to deal with, the delay in doing so has made it difficult to move forward with his life.