Ellen Pompeo and Chris Ivery were spotted navigating the streets of New York on their way to lunch with their daughters Sienna and Stella on Thursday Jun 30th, 2016.

The Grey’s Anatomy star pushed her little lady in the stroller while Stella stayed close. 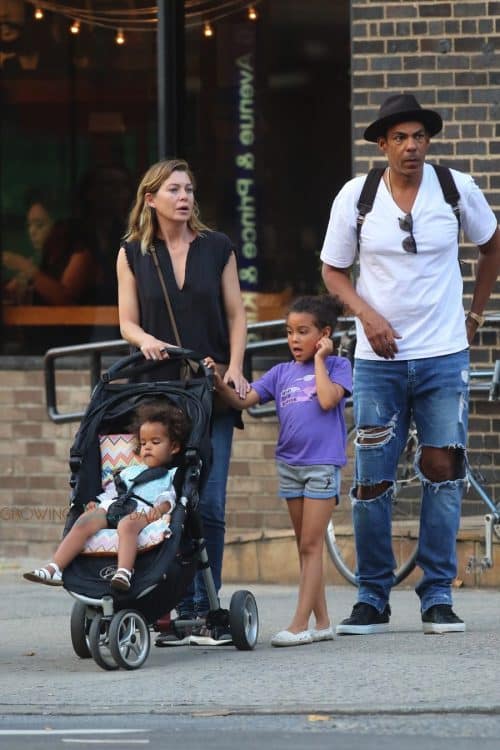 Later the Iverys met up with friends and family at Bar Pitti for a bite to eat. 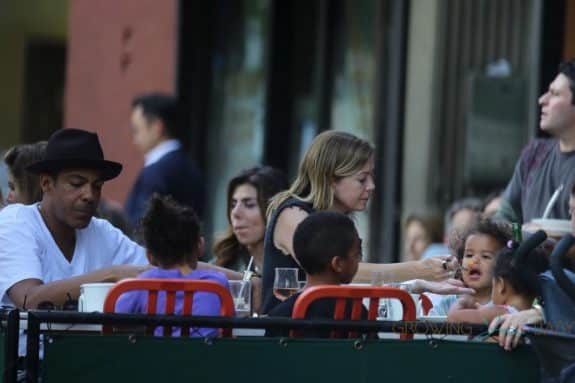 Ellen and Chris have been making the most of the actress’ time off from her hit show. Last week the family enjoyed some R & R in Maui where she was part of Virgin America’s launch party.

It was confirmed last month that Ellen has signed on to continue her starring role as Dr. Meredith Grey next season. Her new contract, which reportedly pays the star more than $300,000 an episode, makes her one of the highest-paid actresses on TV!