Grey’s Anatomy star Ellen Pompeo was seen out with her baby girl Stella in New York City on Monday enjoying some mother and daughter time. 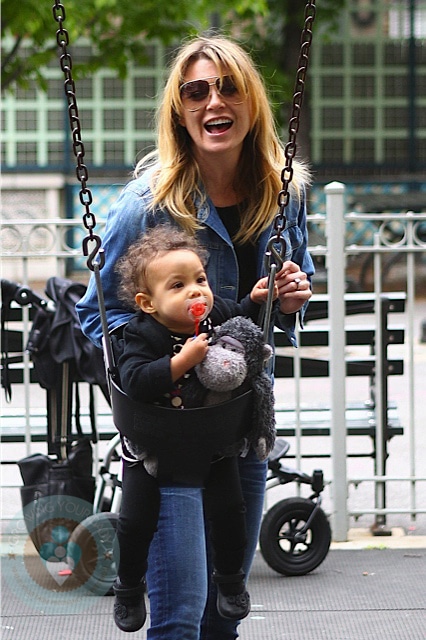 The actress has been spending time in New York City since the wrap of the current season of her series, which will return to ABC next fall.  On Sunday night, Ellen attended a Mary J. Blige concert with her husband, Chris Ivery.

Ellen’s character, Meredith Grey, might soon be a mother herself on Grey’s Anatomy. An adoption story line will begin on this week’s episode of the ABC as Derek expresses interest in adopting an African baby.

As for Ellen and her baby girl Stella, the pair couldn’t look happier as they enjoy some play time in the city.