Just in time for the Holidays Chris Hemsworth coming home to Los Angeles with their daughter India. 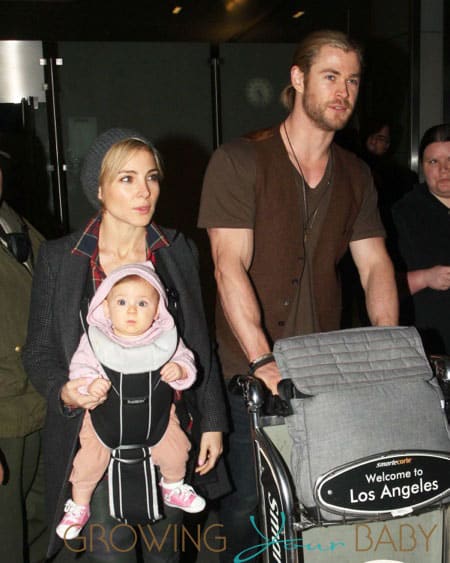 The cute family was spotted on Sunday at LAX arriving from the UK where Chris has been filming Thor 2.

Baby India was bright eyed as she faced the world while in a Baby Bjorn Carrier while wearing some stylish converse kicks.

This will be the couple’s first Christmas as parents and a nice end to a busy year. Chris appeared in 3 huge films this year including Snow White and the Huntsman and the year’s highest grossing movie, The Avengers.

2013 looks to a busy one the hunky daddy as well. After he wraps production on Thor 2, he will begin work on Robopocalypse, a science fiction flick, which will be directed by Steven Spielberg. He has also been announced to appear in the Avengers 2 and Snow White and the Huntsman 2.