A research team led by Oregon Health and Science University says that embryos can help fix themselves if scientists aid the process early enough. Their discovery is lab research only for now, and nowhere near ready to be tried in pregnancy. 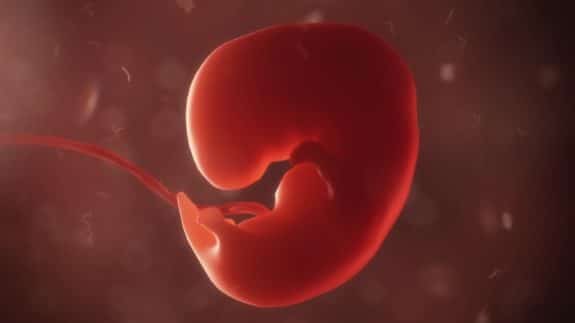 The new research suggests that scientists might be able to alter DNA in a way that protects babies from diseases than run in a family, but the process would also affect his or her offspring. Gene editing could be a way to rescue a diseased embryo but the ethical question is raised because the changes are permanent and would be passed on to future generations.

Some couples seek to avoid a bad gene by having embryos created in a fertility clinic so they can discard those that inherit a disease and attempt their pregnancy with only healthy genes.

The Oregon researchers had a different approach. They targeted a specific gene mutation that affects 1 in 500 people, hypertrophic cardiomyopathy, a heart-weakening disease. They programmed a gene-editing tool named CRISPR-Cas9 that replicates a pair of molecular scissors and finds the gene mutation, a missing piece of genetic material.

They then injected sperm from a patient with the heart condition – using the molecular scissors – into healthy donated eggs and had the scissors cut the defective DNA in the sperm. Cells normally respond to this type of cut by gluing their ends back together. But in this test, the newly forming embryos made their own perfect fix without outside help.

Scientists concluded that embryos can repair themselves if they have another healthy copy and are really looking for a blueprint to follow. It worked 72% of the time in testing, in 42 out of 58 embryos – much better odds than expected since there is a 50-50 chance that a sick parent will pass on a gene mutation.

Genetics experts say it is elegant lab work and an important first step, but only that…for now.