Home » Ever Is Mommy’s Flower Girl!

Milla Jovovich looks stunning in a Grecian goddess style gown and a gold tiara as she ties the knot with longtime boyfriend Paul Anderson in a sunset ceremony at their home in Beverly Hills last night. 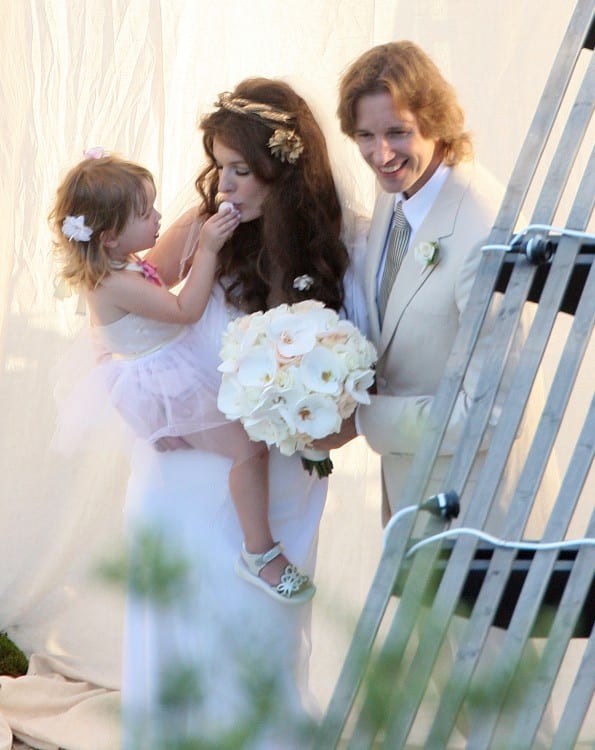 The couple was seen sharing a cute moment with daughter Ever while getting their photos done afterwards.

Before the ceremony, guests enjoyed a cocktail reception by the pool, where a Spanish guitarist and a female vocalist entertained with traditional Spanish music.After the ceremony, there was a reception that included entertainment by Cuban musicians playing traditional Cuban drums. The wedding cake was a round, four-tiered white cake decorated with a ribbon.

Milla and Paul first met in 2002, when he directed her in the box office hit Resident Evil. They welcomed daughter Ever Gabo in November 2006.