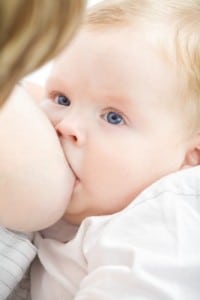 As the trend increases among mothers in the US to use donated and purchased breast milk for their infants, the US Food and Drug Administration (FDA) has released a warning against the practice. Health risks are among the top concerns that health officials are warning about among the topic.

According to the World Health Organization (WHO), breast milk is the preferred source of infant nutrition over infant formula. The organization even recommends using milk from other women as a superior alternative over packaged formula. However, as more women are following those guidelines, the FDA is getting nervous about the potential health risks that could come from sharing milk.

The agency released a statement against the practice of using milk from unscreened mothers, where there could be illnesses that could be spread to the infants. Bacteria, narcotics, and chemicals could also be passed through breast milk to the unsuspecting infants.

“FDA recommends against feeding your baby breast milk acquired directly from individuals or through the Internet,” the agency wrote. Instead, parents should talk to their doctors and use breast milk from special human milk banks, it said.

Across the US, there are few regulated milk banks that offer safe milk from screened mothers. The amount of women looking for milk to is greater than the amount of milk available through these banks. Because of this, many mothers are turning to friends, family, and even the internet to find milk sources for their children. Small groups of women have created networks where they can share milk with other women in need. One such group is Eats on Feets, which has recently popped up as a way for women to connect and help each other.

Despite the warning, many mothers say they will not stop sharing their milk with those who are in need. With only 10 human milk banks across the US, and prices as much as $5 per ounce for screened milk, mothers need an alternative source for feeding their infants.

Emma Kwasnica, one of two women who helped launch the group globally, said the warning was misguided. “It won’t stop us mothers. … They can’t possibly regulate what women do with their bodies and their milk,” she said.

It is not certain yet if the FDA will push farther to prevent milk sharing among mothers. Some experts, such as Pauline Sakamoto, past president of the Human Milk Banking Association of North America, hopes this will encourage more funding to go towards human milk banks to better meet the needs of women and infants. However, for as long as women have been breastfeeding their infants, they have also been sharing their milk. It is doubtful that this will change any time soon. – Summer, staff writer